'We're Doing Them a Favor': Rep. Eric Swalwell Explains Why Republicans Should Hope for a Democratic Blue Wave 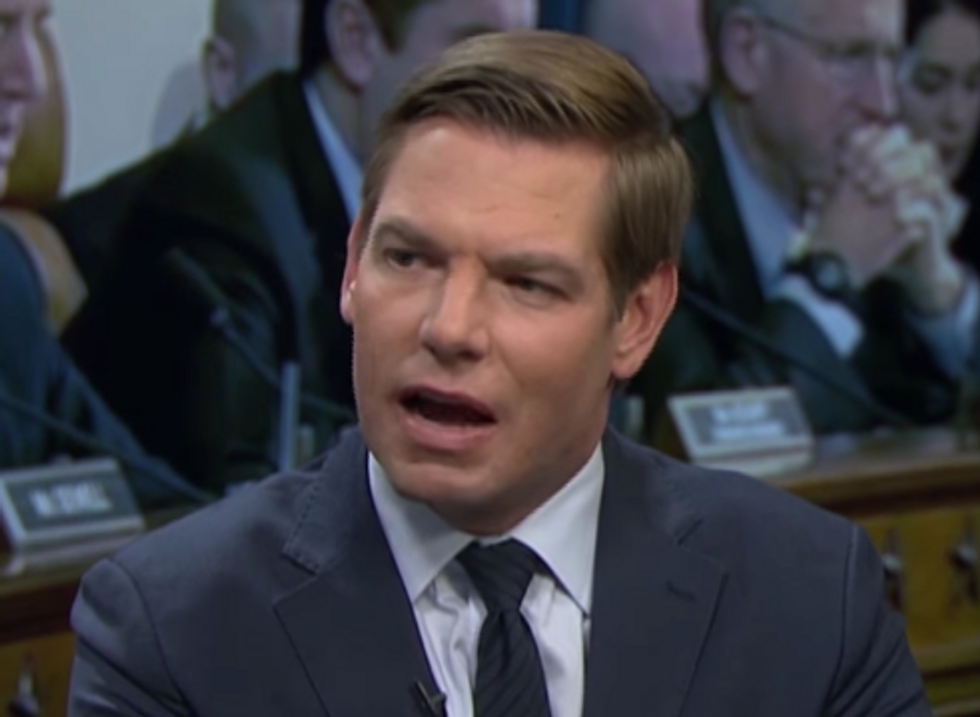 On Tuesday Axios reported that a spreadsheet was circulating among Republicans in Congress detailing all of the investigations they anticipated Democrats would initiate into President Donald Trump if they win a majority the House of Representatives in November. The list is so extensive that it deserved to be quoted in full:

Salon recently spoke with Rep. Eric Swalwell, a 37-year-old Democrat who is one of the party's rising stars. He represents California's 15th district, on the east side of San Francisco Bay. Swalwell has spoken out extensively about the scale of corruption in the Trump administration, and is widely viewed as a potential dark-horse candidate in the 2020 presidential campaign.

To what extent are Republicans' concerns, as reflected on this famous list, grounded in truth? Would all these different issues be addressed by House Democrats if they retake the chamber in November?

First, I think voters should ask: If the Republicans are aware of these issues, why aren't they investigating them? Why are they just seeking to bury them or to scare their base about what a Democratic majority would look like? What we are promising people in our campaign this fall is that one of the pillars of our agenda is going to be to scrub out corruption. And that includes conducting all the investigations that Republicans are unwilling to do. They've done a nice job of laying out what is alarming to not just Democratic members, but also most Americans when it comes to corruption.

Of these issues listed in the Axios article — and I know that they're all important — are there any specific issues that you think take precedence?

I think securing the ballot box is key and making sure that voters have faith that our elections belong to us. That has to be at the top of the list. We're going to promise them that no outside adversary is going to interfere in our elections, and that if people inside the United States are working with outside adversaries, that we will do all we can to keep that from happening.

Then there's the corruption that bothers people not just because it's wrong, but also because they can connect the dots that on a lot of issues they care about — like health care, reducing gun violence, seeing our environment protected with clean air and clean water for their kids — a lot of those issues are not addressed because of the connection between money and politicians.

So the voters get that, and I think one of the best things that we can do is to immediately pass legislation that we've already introduced — the Disclose Act, for example, [Rep.] John Sarbanes' [D-Md.] bill — that would require corporations to disclose to their shareholders what they spend in elections. Or to pass the legislation that Rep. Steve Cohen [D-Tenn.] has that would require every state to have an independent commission for its federal elections, so there are no more of these dirty maps. There's just a lot of good-government legislation out there that would get rid of some of the dirty deals that we've seen some of our colleagues indicted for, like literally doing insider trading deals at the White House. I don't think any member of Congress should be on a corporate board. I think that's an inherent conflict of interest.

So there's a lot we can do, and I think voters connect the dots. What holds us back, where there is so much consensus among everyday Americans, is the money.

A case could be made that, simply for self-preservation, Republicans should want to expose all of these things about Trump so they can say, "Listen, I'm not complicit in this." What's the mentality that leads them to act this way?

I can't speak for all of them. For some of them, they see Donald Trump signing legislation that they had dreamed would be passed for years. He's able to do now what they've always wanted to do when it comes to deregulating, gutting health care or reducing taxes on the wealthiest. They see it as he's a useful vehicle to do that, and he's worth the trouble. I guess.

And then others -- one of them said to me, a Republican colleague said, "When he tweets, he wins." And they're right. They see [Rep.] Mark Sanford [of South Carolina], who lost in a primary. They see how helpful Donald Trump was to [Rep.] Ron DeSantis [of Florida] in shaking up the gubernatorial primary in Florida. He does have a certain sway among primary voters, so a lot of [Republican members] would rather just keep their heads down and not make trouble or invite a tweet against them.

So to those members that survive the wave that I think is coming, maybe winning the House, we're doing them a favor. They're going to have to see their friends lose their seats, and that Trump can't save all of them. And then there will be an opportunity do the right thing when it comes to corruption in a new Congress.

Have you had any experiences talking to Republicans about these kinds of issues that might give insight? I have a theory as a journalist that a single anecdote can often say more than a thousand words of analysis.

I just remember early on, I wrote legislation to have an independent commission look at what happened with Russia. And one member told me, she said, "I already had my head lopped off for going against him before the November election. I can't afford for that to happen again." To me that was just acknowledging that she knew that a lot of this stuff was wrong. She wanted to do the right thing, but was just not going to stick her neck out there again. Because a lot of them look at it and say, "What do I get out of it?"

Now to me, what you get out of it is the satisfaction of doing the right thing. If this job only means looking the other way and not doing what you believe is right, then what is this job worth? Everyone here, I hope, has other job opportunities. Hopefully Congress is not filled with people where this is the only job they can get. If you have to speak up and that means losing your job, I hope we have a Congress filled with people who could be hired elsewhere and don't think this is the only thing that they could do.

If there was a Democratic candidate, or maybe even president, who had similar scandals to those that are facing Trump right now, what do you think your party should learn from how Republicans have behaved?

I think that's a great question. I tell my family, my friends, my colleagues all the time that I hope if we are ever put in this position, that looking at the way Republicans have handled this, we've learned some lessons that -- it doesn't matter what party someone's in, whether they're in your own party or the other party. Right from wrong knows no parties. Sometime in my lifetime there will be a Democratic president, I'm sure, who has issues of right and wrong. And I hope that I'd remember and others would remember how we felt when Republicans were completely unwilling to side with doing the right thing.