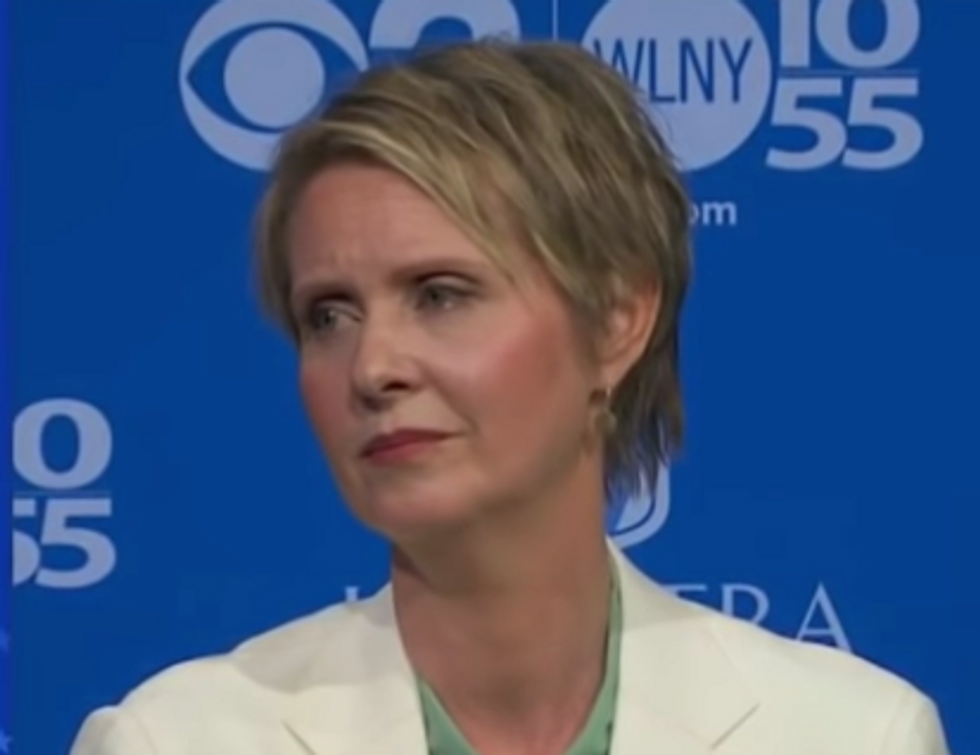 Just two weeks before New Yorkers head to the polls to decide who will be their state's Democratic gubernatorial nominee, actress and activist Cynthia Nixon offered an ambitious alternative to the toxic status quo entrenched by Gov. Andrew Cuomo, who she characterized during Wednesday night's highly anticipated debate as emblematic of the kind of "corrupt corporate Democrat" who has prevented the party from achieving necessary objectives like criminal justice reform and Medicare for All.

"We already have a corrupt corporate Republican in the White House," Nixon said at the start of the hour-long debate, which was the first and likely only time Cuomo and Nixon will share a stage before next month's election. "We don't need a corrupt corporate Democrat in Albany as his main opposition."

Asked how a newcomer to electoral politics could govern a state as significant as New York, Nixon noted that she is "not an Albany insider like Governor Cuomo" and argued that "experience doesn't mean that much if you're not actually good at governing."

In addition to highlighting what she described as the "incredible corruption" of Cuomo's seven-year tenure as governor, Nixon clearly detailed her positive progressive agenda, which includes single-payer healthcare, support the right of public workers to strike, staunch advocacy for women's reproductive rights, and protection of undocumented immigrants from Trump's cruel, xenophobic agenda.

Rhetoric is fine and good — policy is better, @CynthiaNixon knows that. She’ll fight for single-payer health care,… https://t.co/BXOoLMssk7
— Our Revolution (@Our Revolution) 1535583300.0

Nixon—a long-time advocate for public schools who identifies as a democratic socialist—also delivered an impassioned monologue on the necessity of legalizing marijuana and ending the so-called war on drugs, which she characterized as an urgent "racial justice issue."

"Legalizing marijuana is a racial justice issue... we need to prioritize the individuals most harmed by the warm on… https://t.co/h7OnxHdRJ7
— People for Bernie (@People for Bernie) 1535585577.0

In response to Nixon's claims that he has "broken the New York City subway" and "handed over control of the State Senate to the Republicans," Cuomo insisted that Nixon is the real "corporate Democrat," despite the fact that she does not accept campaign contributions from corporations.

One of the debate's most remarkable and "painful" moments of the debate came when Cuomo repeatedly insisted that Nixon is "a corporation."

"You are a corporation," Cuomo said repeatedly. Nixon—who, like everyone else watching the exchange, appeared baffled by Cuomo's attack line—responded, "I am a person."

In response to Capital & Main's explosive report, The Intercept's Glenn Greenwald argued that Cuomo embodies everything "wrong with the Democratic Party."