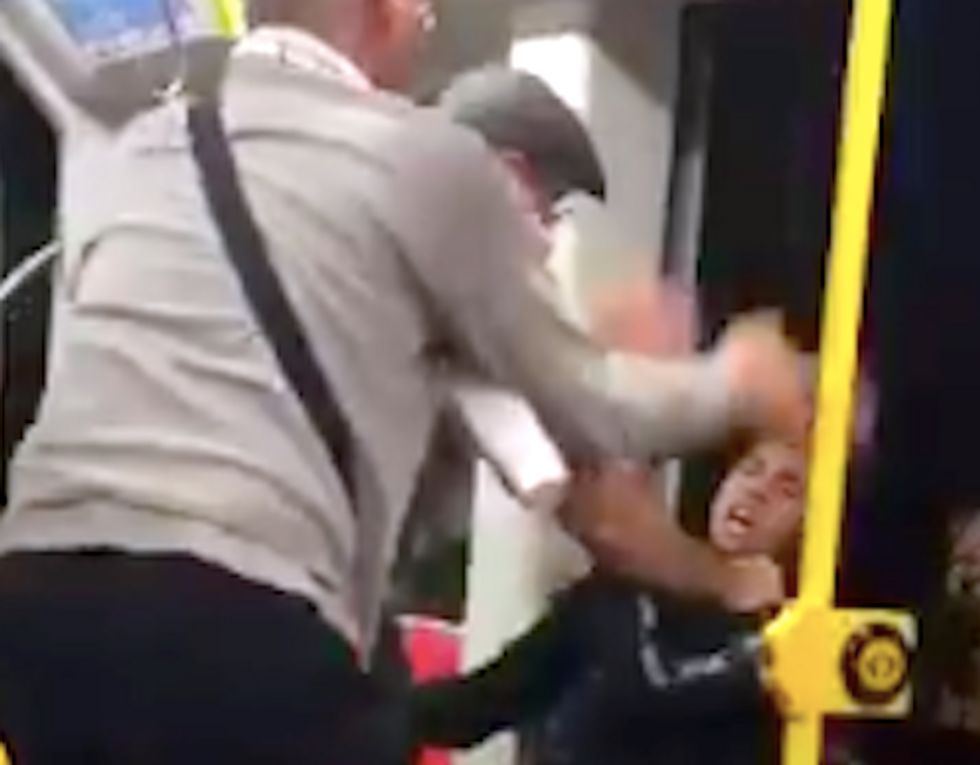 Two videos posted on social media show a pair of white men attacking a black or Hispanic teen — who they shoved off a San Francisco rail transit car in a dispute over loud music.

Journalist Anna Sterling, who posted the videos recorded by a friend, confirmed the attack took place Thursday night on the N-Judah Muni line, reported the Examiner.

“Whoa these two men just tried to throw this kid off the muni train because he was playing music too loudly,” Sterling tweeted. “He easily could’ve hit oncoming traffic. That is not okay.”

The videos show the younger man, who other passengers described as a “kid,” struggling as the older men try to push him out the train doors.

One of the men tackled the youth and then places him in an armlock on a train seat, and a second video shows the two men hurl him off the Muni car.

“They’re attempting to throw him onto the street,” Sterling tweeted. “You can see it clearly here. He’s just a kid. This is not okay.”

The San Francisco Municipal Transportation Agency did not respond late Thursday to requests for comment, and it’s not clear whether any witnesses called police.

None of the men involved in the incident have been identified.