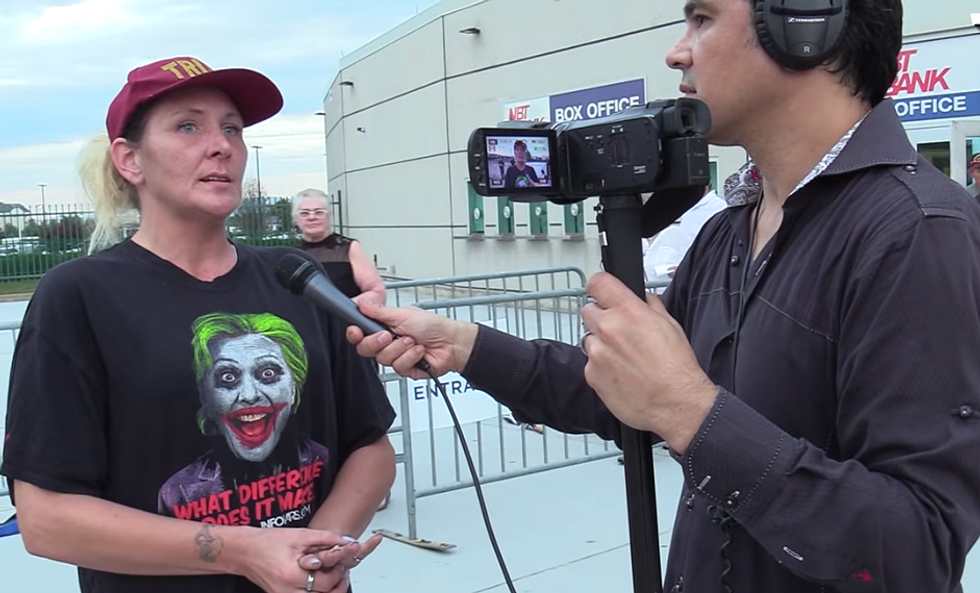 President Donald Trump and his allies frequently argue that special counsel Robert Mueller's Russia investigation had gone on too long and must stop, despite the fact that it has proceeded at a brisk pace, issued dozens of indictments, and secured several guilty pleas.

This argument has become popular among many of his voters and supporters, but as a recent video showed, the absurdity and hypocrisy of the talking point can be easily demonstrated.

The Young Turks reporter Eric Byler revealed the obvious contradictions of the calls to end the Mueller Probe when interviewing a Trump supporter outside the president's recent rally in Pennsylvania. He spoke to a woman wearing a Trump hat and a shirt about the Benghazi investigations, who reiterated the GOP claims that the Muller probe has gone on too long.

She said that while Mueller's probe may be investigating issues worth uncovering, it is a waste of money to hopelessly try to uncover the truth.

"If we’re using valuable resources to get to a conclusion that we probably will never end up at," she said. "It’s very hard to prove that kind of stuff.”

She added: “When you get up into the government there is so many cover-ups and things that the public just doesn’t know about,” she said.

The reporter pointed out, however, that her shirt bearing the quote, "What difference does it make?" — along with a caricature of Hillary Clinton as the Joker — refers to the Benghazi investigation. That investigation, he noted, went on much longer than the Russia probe.

"I understand it's kind of contradicting what I said about that," the woman admitted. After the contradiction was pointed out, she backpedaled, seeming to agree that she does support the Mueller investigation finishing, assuming his team finds sufficient evidence of crimes like treason.