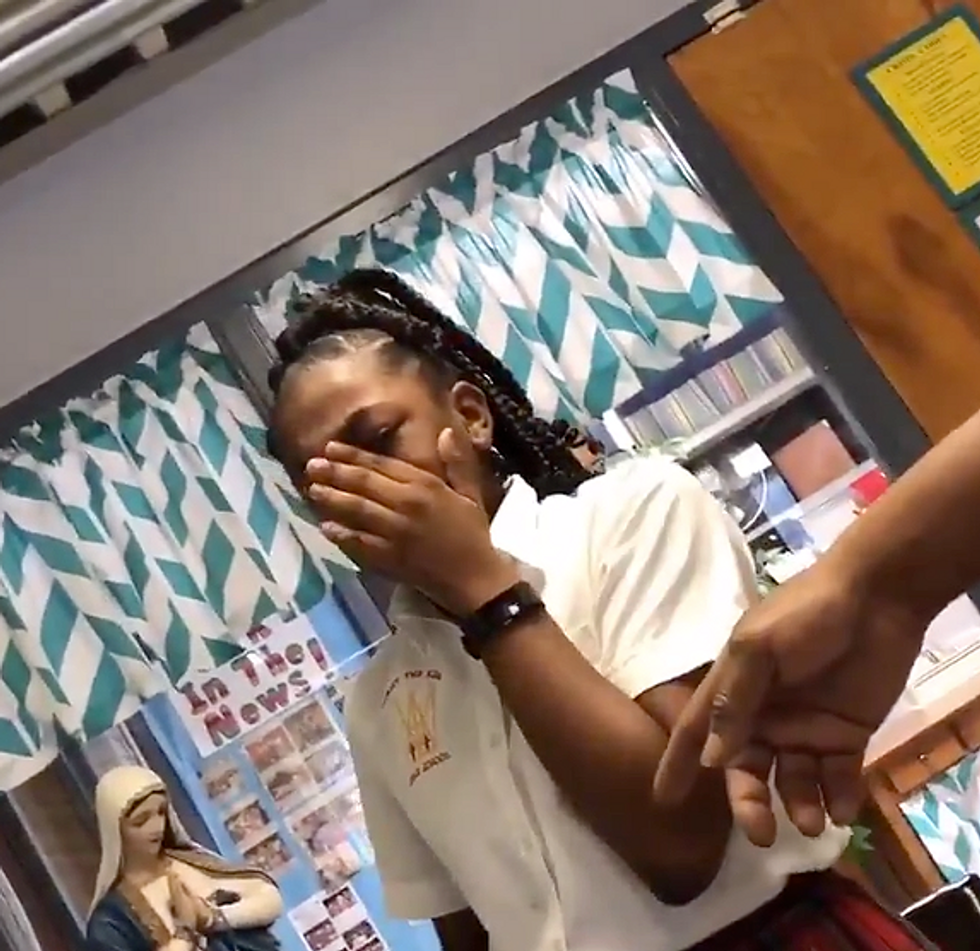 A black girl was pulled out of class and humiliated in front of her classmates over her “unnatural” hair extensions.

A video of the incident was posted on Instagram, showing the tearful girl gathering her books and other belongings before leaving school with her parents, reported WGNO-TV.

Christ the King Parish School allows only “natural” hair, and the girl had already gotten her braided hair extensions redone last week in an attempt to comply with the policy.

“The new hairstyle was still not in compliance with the new hairstyle policy,” said Archdiocese Catholic Schools Superintendent RaeNell Billiot Houston. “At that point the parent made the decision to remove her child from the school.”

The Instagram video shows a white teacher or school official explaining why the girl was removed from class.

“It’s not just her hair,” the woman says. “Several of our boys on the team … it’s still a hairstyle that they’re choosing to do.”
The girl continues crying as she leaves the school building with her parents and gets into a car parked outside.
The student’s name, age and grade were not reported.
A 6-year-old black boy with dreadlocks was turned away earlier this month from his Florida elementary school because his hairstyle was banned.
Officials at A Book’s Christian Academy in Apopka said boys were permitted to have short hair only.
Report typos and corrections to: feedback@alternet.org.