This Groundbreaking Art Show Is Challenging the Prison-Industrial Complex 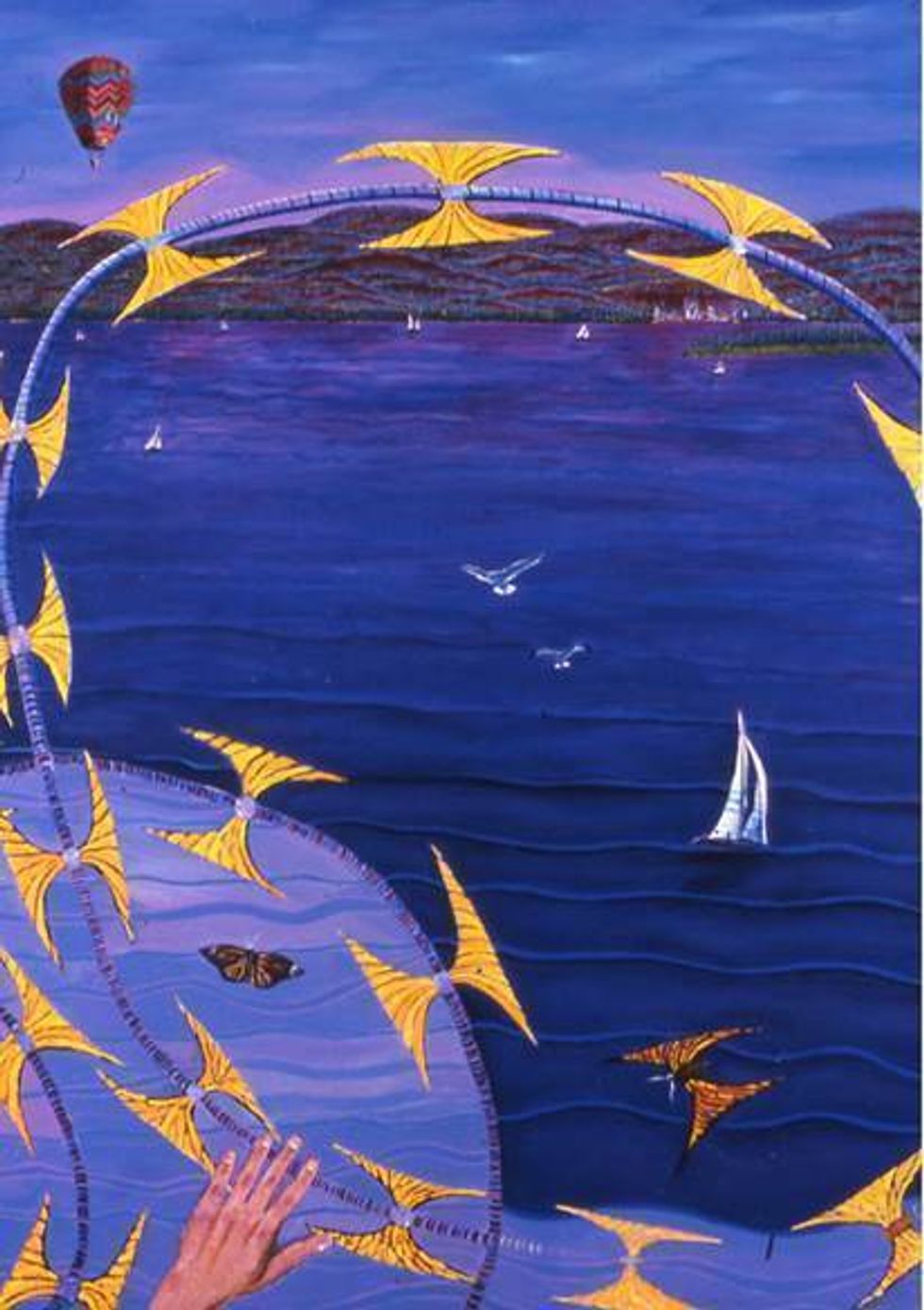 A groundbreaking exhibit challenging the criminal justice system will be opening on August 24 at the Contemporary Arts Museum in Houston, Texas. Walls Turned Sideways is a group show with more than 40 artists. The exhibit is curated by Risa Puleo, who splits her time between New York, Texas and Europe. She attended Bard’s Center for Curatorial Studies Program and has a master’s in art history from Hunter College.

Walls Turned Sideways features work by artists from across the nation that addresses the criminal justice system, mass incarceration, and the prison-industrial complex. According to its catalogue, which includes powerful essays from participating artists, the show represents the full range of contemporary art production made in the studio and the social realm. The exhibition includes artworks that take social justice issues as a subject matter, and positions the prison and court systems as structures for dismantling through institutional critique.

I was invited to show my work by its curator. For many years I have tried to create a link between the art world and the drug war, trying to show the reason for the escalation of mass incarceration through my art. In 2006 I started a group called Artists against the Drug War styled after artist Leon Golub’s protest against the Vietnam War and his involvement with the group Artists and Writers Protest. It was the first such group to take a public stand against the war in the late ’60s.

Art as a social weapon has been around for quite a while. Artist Diego Rivera and other Mexican muralists used their work in the early 1920s as a tool for the oppressed against their oppressors. They expressed their opinions and got their message across to the literate and the illiterate alike and earned worldwide recognition. In April 1937, the world learned the shocking truth about the Nazi Luftwaffe’s bombing of Guernica, Spain—a civilian target. Pablo Picasso responded with his great anti-war painting, “Guernica.”

I was influenced by Picasso and the Mexican muralists, and it is the reason my art matured into becoming a vehicle of political protest. This was because in 1985 I was sentenced to 15-years-to-life for a first-time nonviolent offense under the Rockefeller Drug Laws of New York State, which mandated mandatory minimum sentencing policies that eventually destroyed the criminal justice system in the United States. It was in prison I discovered my political awareness. One night in 1988 I picked up a mirror and looked into it and saw an individual that was going to spend the most productive years of his life in a 6'x9' cage. I then painted this image and titled it “self-portrait, 15 to Life,” a work that depicts the atrocity of imprisonment. It will be displayed in this show. This powerful piece first exhibited in 1994 at the Whitney Museum of American Art as the centerpiece for artists Mike Kelley’s installation “Pay for Your Pleasures.” Roberta Smith, art critic at the New York Times, praised “15 to Life” as an “ode to art as a mystical, transgressive act that is both frightening and liberating, releasing uncontrollable emotions of all kinds.” The painting got me tremendous publicity, which led to Governor George Pataki granting me executive clemency in 1996. In 2016 Governor Andrew Cuomo granted me a full pardon, making me the first individual in New York State to receive bought clemency and a pardon.

The work on display in this current show will prove that art can be a powerful tool for social change. Also exhibiting is Dread Scott, an American artist whose work focuses on the experience of African Americans. His first major work, “What Is the Proper Way to Display a U.S. Flag?” (1989), was at the center of controversy regarding the desecration of the American flag. It’s my hope that this exhibit will open the hearts and minds of people and make them aware of the 2.3 million individuals who are suffering behind bars in the United States.