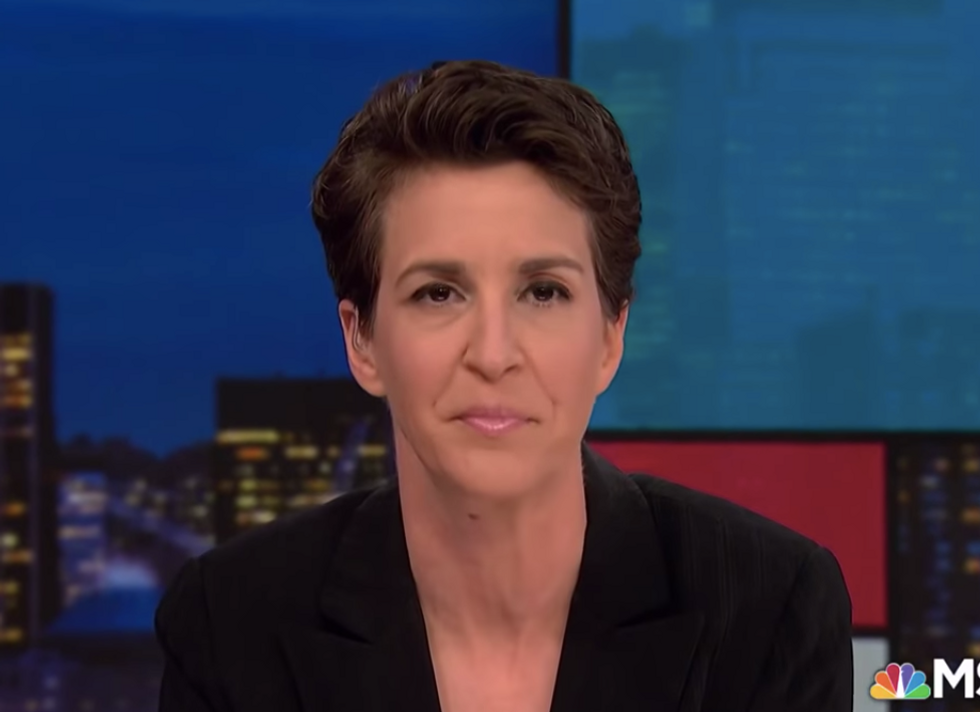 The Wall Street Journal lashed out at MSNBC's Rachel Maddow on Friday for comments she made on her Thursday night show accusing the paper of trying to bury a major scoop the paper had about President Donald Trump.

On Wednesday night, the Journal published comments Trump gave in an interview in which he said his decision to revoke the security clearance of former CIA Director John Brennan was based on the fact that he has been involved in the Russia investigation, which the president called a “rigged witch hunt.”

This contrasted with the official reason given for the revocation which cited inappropriate actions by Brennan since leaving government — leading some to argue that Trump had provided more evidence of his intent to obstruct justice.

Maddow noted that this was a major scoop. She continued: “But they have already taken it off their front page. I don't know why."

She also said the paper “has sort of tried to bury online today ever since they first published."

The Journal was swift in its response. It issued a statement noting that the story had led the website Wednesday night and “much of the day on Thursday.” It also noted that the story had been tweeted out and was featured in the site’s “Most Popular Articles” section. And Peter Nicholas, who co-wrote the story, appeared on MSNBC to discuss the story on Thursday afternoon.

“That is not burying a story,” it said. “Rachel herself credited WSJ for ‘a heck of a scoop.’ We appreciate the credit, but we’d also appreciate accuracy and fairness.”

The Journal has faced criticism before, given the right-leaning bias of its editorial board and its opinion section’s favor for Trump.

However, the paper does produce substantial reporting that often reflects poorly on the administration, and even the editorial board has been deeply critical of Trump’s tariffs and trade policy.