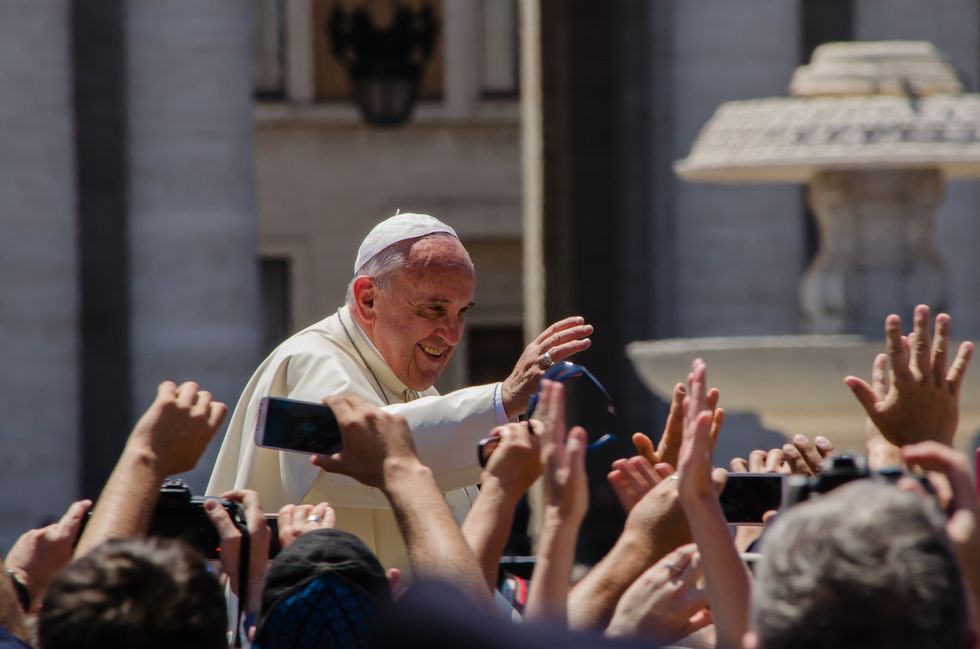 Hundreds of Argentines stood in long lines in Buenos Aires and around Argentina this weekend to join a "Collective Apostasy" movement, renouncing their Catholic faith a week after an anti-choice Senate vote sent thousands of Argentines out into the streets to protest.

The forms signed by participants will be given to the Episcopal Conference in the Vatican, according to the Associated Press. Organizers told La Nacion that attendance at the events exceeded expectations.

The "Apostasia Colectiva" movement, begun by the Argentine Coalition for a Secular State, is aimed at weakening the hold of a church of which two-thirds of Argentinian people are members. The huge turnout at Saturday's events was brought on not only by the Senate's decision to uphold a ban on abortions for women up to 14 weeks into a pregnancy, but the Church's power over the nation and the numerous struggles Argentines have fought against the Church over the years.

"Obtaining the vote for women, the divorce law, marriage equality, the gender identity law, the assisted human fertilization law, the law of integral sexual education, the dignified death law were all done fighting clerical power, which seeks to have total dominion over our minds and bodies," the event's organizers wrote on social media.

The Catholic Church lobbied aggressively against the legalized abortion bill. Every year, about 500,000 illegal and unsafe abortions take place in the country, and since the abortion rights vote, at least one woman has died from an attempt to perform an abortion on herself.

"The discourse by the church to convince the people to not accept the law was so outrageous that I reached the height of my enmity toward the Catholic Church," Nora Cortinas, a human rights advocate, told the AP.

On social media, some indicated that numerous cases of sexual abuse in the Church, like the one a grand jury report revealed in Pennsylvania last week, also figured into the growth of the Apostasia Colectiva movement.