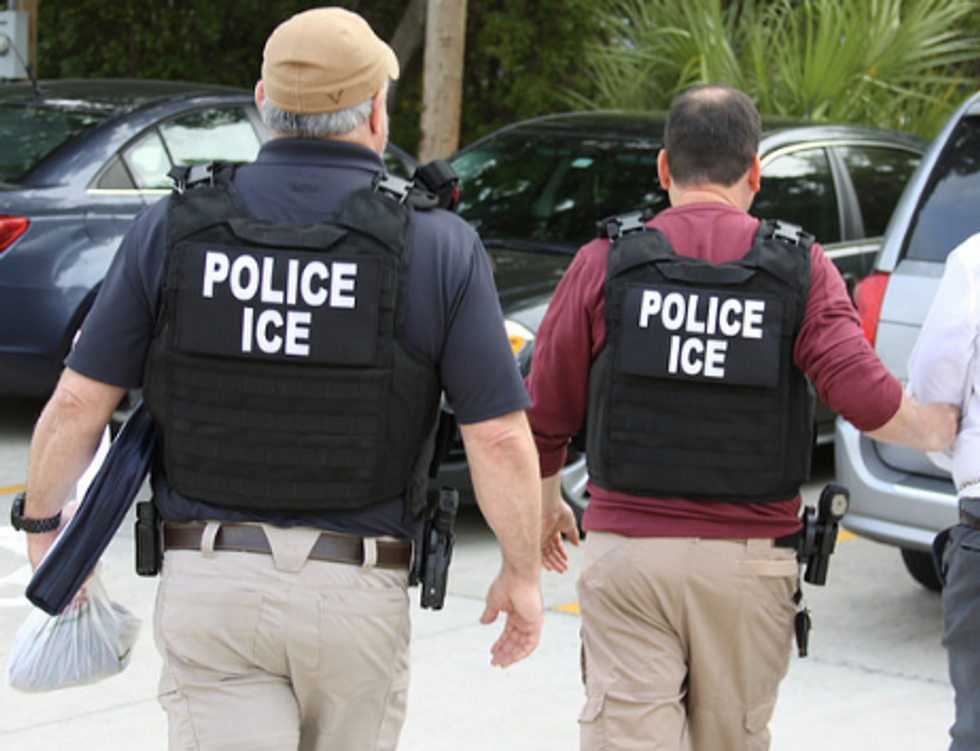 An ICE van full of separated mothers crashed into a pickup truck in Texas on July 18th. Then ICE repeatedly lied to the Texas Observer by claiming the crash, which was documented by the police, never happened.

“The crash was really strong, like maybe we were going to flip,” a mom from Honduras who rode on the bus told the Observer. Another woman said her "whole body hurt" after the crash.

Leticia Zamarripa, an ICE spokesperson, originally told the Observer that the crash didn't happen. “Your sources misinformed you,” she wrote on July 20. “There was no crash.”

After the Observer told ICE it obtained the actual accident report, ICE claimed there was a "fender bender" that "resulted in minor damage."

This wasn't true either.

A police officer who responded to the crash recorded that the vehicle sustained "disabling damage." One of the mothers whose leg was injured int he crash visited a doctor at the detention facility for treatment.

The denials by ICE follow a pattern of lying to the public, including misreporting arrest numbers and the political motivation of its actions.