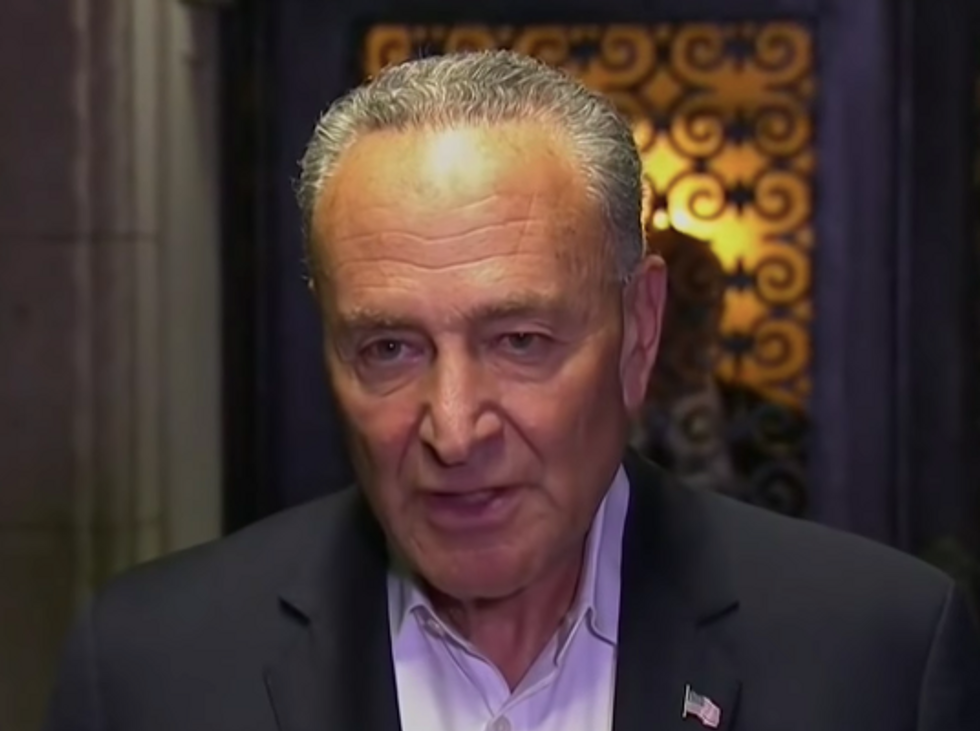 Sparking immediate outrage from progressives, Schumer cut a deal with Senate Majority Leader Mitch McConnell (R-Ky.) on Tuesday that allowed the GOP to fast-track votes on seven of Trump's federal court nominees in exchange for... well, it's not exactly clear what he received in return, outside of getting to go home for a few days.

"Schumer is utterly useless," wrote journalist Chase Madar, a sentiment that was echoed across social media in response to the Democratic leader's dealmaking.

Just hours after the deal was reported, all seven judges were confirmed, with the help of some Democrats.

Because these judges—selected with the help of the right-wing Federalist Society—are relatively young, they are now in a position to shape American law for decades to come, threatening the planet, workers, and women's reproductive rights.

"Sen. Schumer, why are you cutting a deal with Mitch McConnell to fast-track Trump judges? Why won't you whip the vote to stop Kavanaugh?" wrote Indivisible in response to reports of the senators' agreement. "We're fighting to protect our courts and save our democracy. We expect you to do the same."

While Schumer received much of the backlash on social media following his agreement with McConnell, activist and writer Jonathan Cohn pointed out that rank-and-file Democrats deserve some blame as well, given that they actually outnumbered Republicans in the Senate chamber for some of Tuesday's votes.

Adam Jentleson, public affairs director for Democracy Forward, argued in a lengthy Twitter thread late Tuesday that ultimately Democrats' refusal to use all the procedural tools at their disposal to block Trump's right-wing court picks is due to a complete lack of political will at the top of the party.

"This comes down to leadership. Senate Democratic leaders could take a stand and station one senator on the floor at all times to object, forcing McConnell to jump through interminable hurdles and produce 51 votes—twice—for each nominee, likely resulting in fewer lifetime Trump judges," Jentleson noted.

I just want to emphasize the asymmetry here. Dems would only need to have *one* senator on the floor. McConnell wou… https://t.co/iCFVoBXNVO
— Adam Jentleson 🎈 (@Adam Jentleson 🎈)1535506222.0

I want to be careful not to overclaim. Would all of the judges in question get confirmed if Dems had put in this… https://t.co/OCwfzhu1Kl
— Adam Jentleson 🎈 (@Adam Jentleson 🎈)1535506518.0

This outcome was predictable when McConnell said he was "cancelling recess." He whipped his troops and got them to… https://t.co/IpeRMMnAB9
— Adam Jentleson 🎈 (@Adam Jentleson 🎈)1535506796.0

With seven more of Trump's judicial picks confirmed with active help from the Senate Democratic leadership, progressive commentators concluded—once again—that Schumer is not fit to lead the party and has to go.