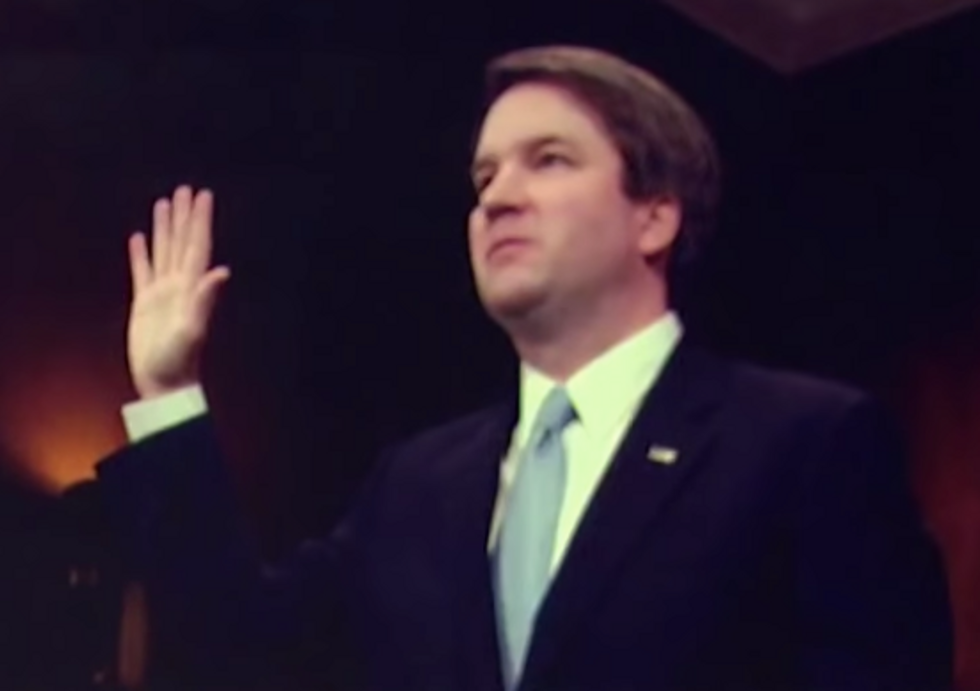 Brett Kavanaugh, President Donald Trump's Supreme Court nominee, wrote a memo in 1998 insisting then-President Bill Clinton should not be given any breaks by the independent counsel investigating the Monica Lewinsky affair. Included in his memo were astonishingly explicit questions he wanted the president to be asked.

Among them, as The Washington Post reports, was this: “If Monica Lewinsky says that you inserted a cigar into her vagina while you were in the Oval Office area, would she be lying?”

Kavanaugh was serving as an associate counsel for independent counsel Ken Starr.

“I am strongly opposed to giving the President any ‘break’ in the questioning regarding the details of the Lewinsky relationship,” Kavanaugh implored, unless he "resigns" or "confesses perjury," Kavanaugh added.

“He has required the urgent attention of the courts and the Supreme Court for frivolous privilege claims — all to cover up his oral sex from an intern. He has lied to his aides.He has lied to the American people. He has tried to disgrace you and the Office with a sustained propaganda campaign that would make Nixon blush,” Kavanaugh also stated.

Last month it was revealed that a 2010 book had included some other questions Kavanaugh believed Clinton should be asked, as The Wrap detailed. Among them:

“If Monica Lewinsky says that you ejaculated into her mouth on two occasions in the Oval Office area, would she be lying?”

“If Monica Lewinsky says that on several occasions you had her give [you] oral sex, made her stop, and then ejaculated into the sink in the bathroom of the Oval Office, would she be lying?”

“If Monica Lewinsky says that you masturbated into a trashcan in your secretary’s office would she [be] lying?”

Kavanaugh now is believed to be opposed to President Trump being forced to answer any questions by special counsel Robert Mueller, despite that the Starr investigation was focused on sexual indiscretion and the Mueller investigation is focused on a foreign power attacking the United States and possibly usurping America's electoral system.