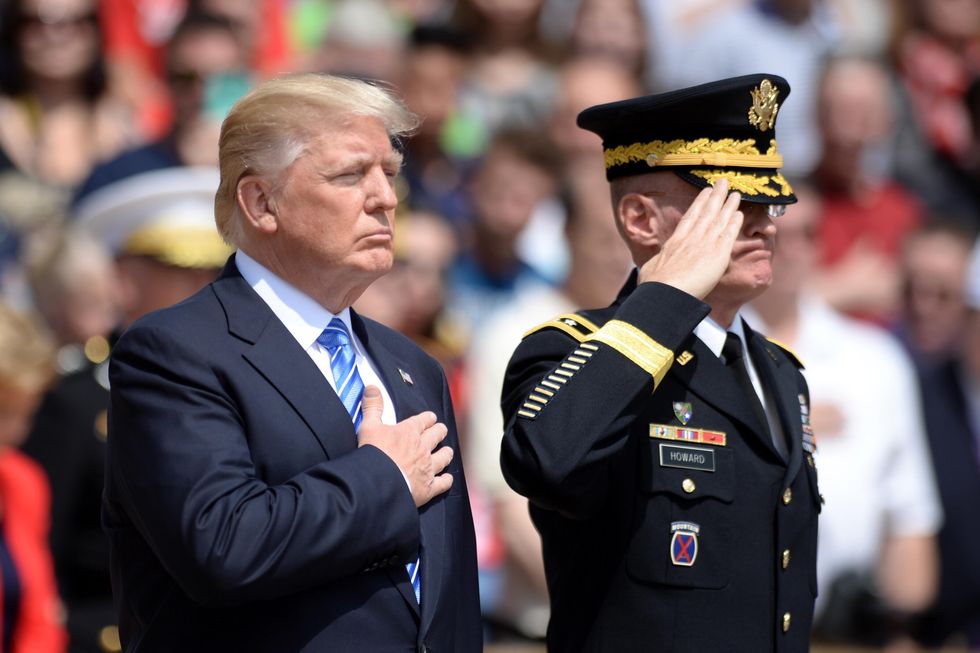 President Donald Trump's military parade originally planned for November has been scrapped — at least for this year — according to a new statement from the Pentagon Thursday night.

"The Department of Defense and White House have been planning a parade to honor America's military veterans and commemorate the centennial of World War I," said spokesman Col. Rob Manning in a statement. "We originally targeted November 10, 2018 for this event but have now agreed to explore opportunities in 2019."

The language "agreed to explore opportunities" is an exceptionally vague phrase — giving the distinct impression that Defense Department officials don't ever plan on holding the parade at all.

The plan for the parade already looked to be in rough shape early in the day on Thursday. A new estimate reportedly from the department found that the parade was going to cost nearly $100 million — an outrageous price tag for what amounts to a vanity project for history's most insecure president.

Trump apparently first got the idea for a military parade after witnessing France's Bastille Day celebrations.

“It was one of the greatest parades I’ve ever seen,” Trump told reporters. “It was military might."

According to Fox News national security correspondent Jennifer Griffin, military leaders rolled their eyes at the parade idea when they first heard it.

"Most thought it was a joke at first," Griffin told host Shep Smith in February. "Many fear that the U.S. will look like the dictators they scoff at around the world."