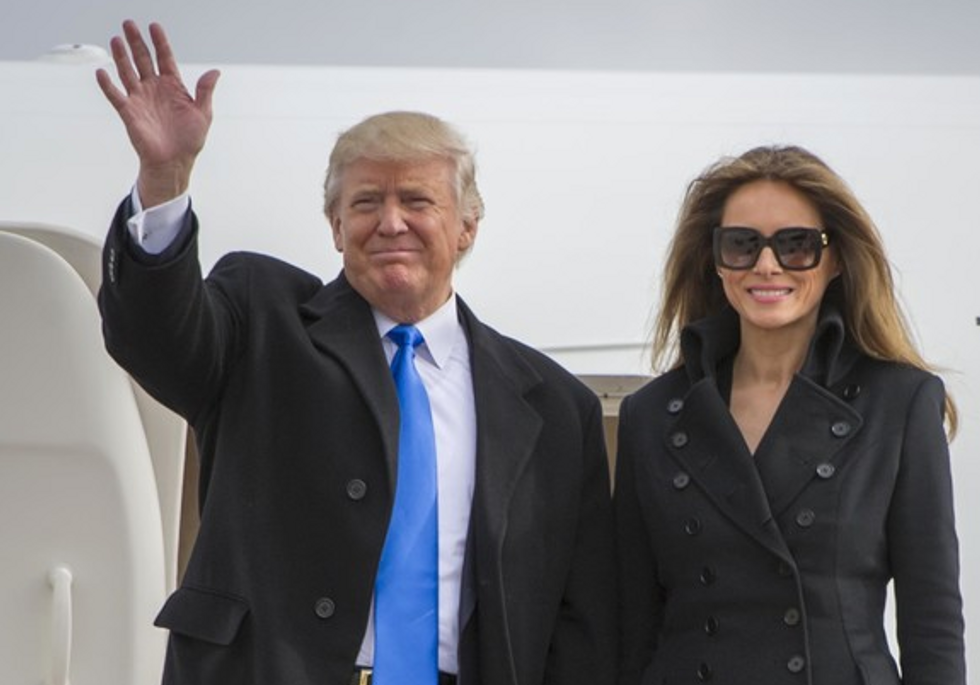 For years the Federal Bureau of Investigation has been in need of a new headquarters. Like their Langley brethren, they had intended to move out of the downtown Washington, D.C. area and into the Northern Virginia or Maryland suburbs. Now there are reports that Donald Trump himself may have been involved in the discussions to scuttle those plans and build the new FBI headquarters across the street from his Washington, D.C. hotel. In other words, Donald Trump and his family stand to privately gain from the decision. Worse than that, federal employees at the U.S. General Services Administration, which has oversight over the move, say they were instructed not to discuss any of Trump’s comments in their meetings.

The extent of Trump's involvement in the decision is unclear. The report indicates that while GSA employees confirmed the White House meetings with Trump, they received instructions not to divulge any statements Trump made at those meetings.

The first meeting in which Trump's participation was documented, according to the IG report, came in January 2018. That was before the GSA proposed a plan to raze the Hoover building and build a new headquarters in its place, but after the GSA announced in 2017 that it was scrapping its plans for a move to the suburbs.

The IG report also concludes that officials are greatly underestimating the cost of keeping the headquarters in Washington. In particular, the report concludes that GSA is not taking into account the money that could be realized by selling the land under the Hoover building to private developers.

Rep. Gerry Connelly (VA-11) posted the GSA report on his website and is “calling on the Oversight and Government Reform Committee to hold immediate hearings and to subpoena any GSA officials who are suspected of misleading Congress.” In the damning report, it says GSA Administrator Emily Murphy may have mislead members of Congress about Trump’s direct involvement.

Early in the review the OIG learned that during the course of GSA’s decision-making on therevised FBI headquarters plan, Murphy met with the President on January 24, 2018, about the project. When we asked about the meeting, some GSA witnesses refused to answer any questions about this and other relevant White House meetings, and some of those said they were told or believed the information was subject to executive privilege. We sought to determine whether GSA took the position that executive privilege precluded sharing information with the OIG, which is part of GSA and within the Executive Branch. Ultimately, GSA’s Acting General Counsel informed us that he received direction from White House Counsel’s Office regarding the matter. He told us that pursuant to those directions, GSA employees were authorized to disclose to the OIG the existence of the White House meetings, discuss who attended, and discuss any high level agreements that resulted from the meetings; but not to disclose any statements made by the President. We describe the information we received about the meetings in this report.

Will the Oversight and Government Reform Committee take up hearings on the matter? If Donald Trump pushed FBI and GSA officials to abruptly abandon their suburban HQ plans for the purposes of benefiting himself and his family financially, they would seem to be obligated. But in this bold new world of Republican corruption, anything appears possible.