Trump Wants To Fire Sessions Because He 'Talks Like He Has Marbles In His Mouth': Report 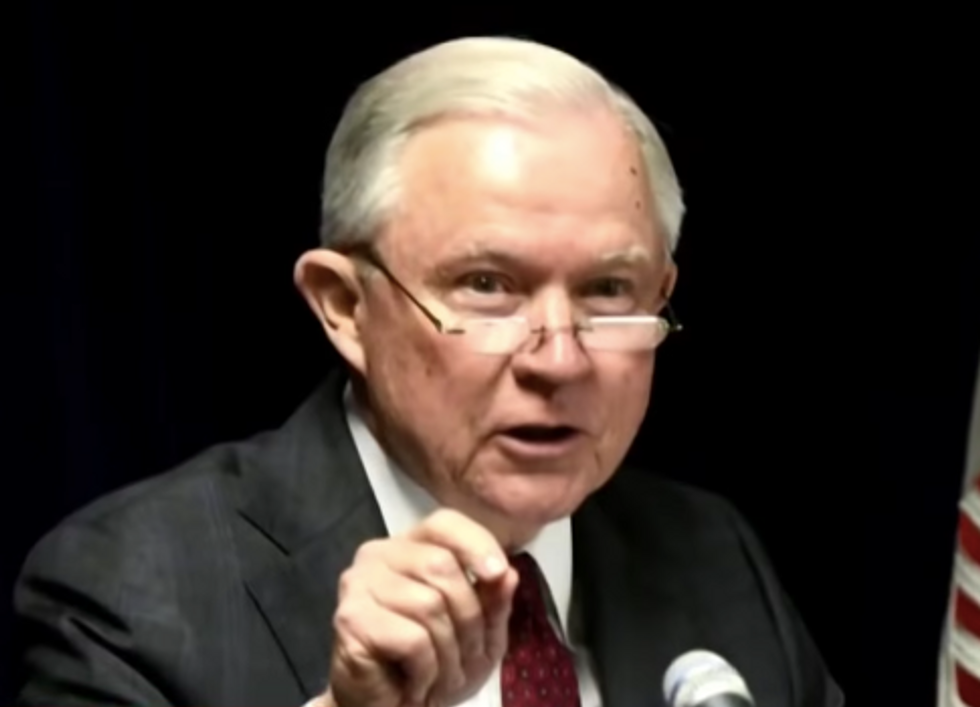 President Donald Trump is now openly considering firing Attorney General Jeff Sessions, a move his former GOP colleagues in the Senate have previously warned him against doing but now seem to be warming up to.

Much attention has been given to the fact that Sessions has recused himself from the Russia investigation rather than end it, and defends the independence of the Justice Department against Trump's desire to take political control of prosecutions, both of which are clear motives for Trump to get rid of him.

But that might not be the only reason Trump doesn't like Sessions. According to a new report from Politico, there is another, much stupider reason:

If Sessions' recusal was his original sin, Trump has come to resent him for other reasons, griping to aides and lawmakers that the attorney general doesn’t have the Ivy League pedigree the president prefers, that he can’t stand his Southern accent and that Sessions isn't a capable defender of the president on television — in part because he "talks like he has marbles in his mouth," the president has told aides.

There are many reasons to dislike Sessions, from his abject racism to his attacks on criminal justice reform to his complicity in the horrific family separation crisis at the border. The fact that he has an accent from the Deep South, where he was born and raised, is manifestly not one of them.

And if Trump uses the way Sessions talks as the pretext to fire him and replace him with someone who will order his prosecutors, and Special Counsel Robert Mueller, to obey Trump's every whim, then the attorney general's accent will be the least of America's problems.