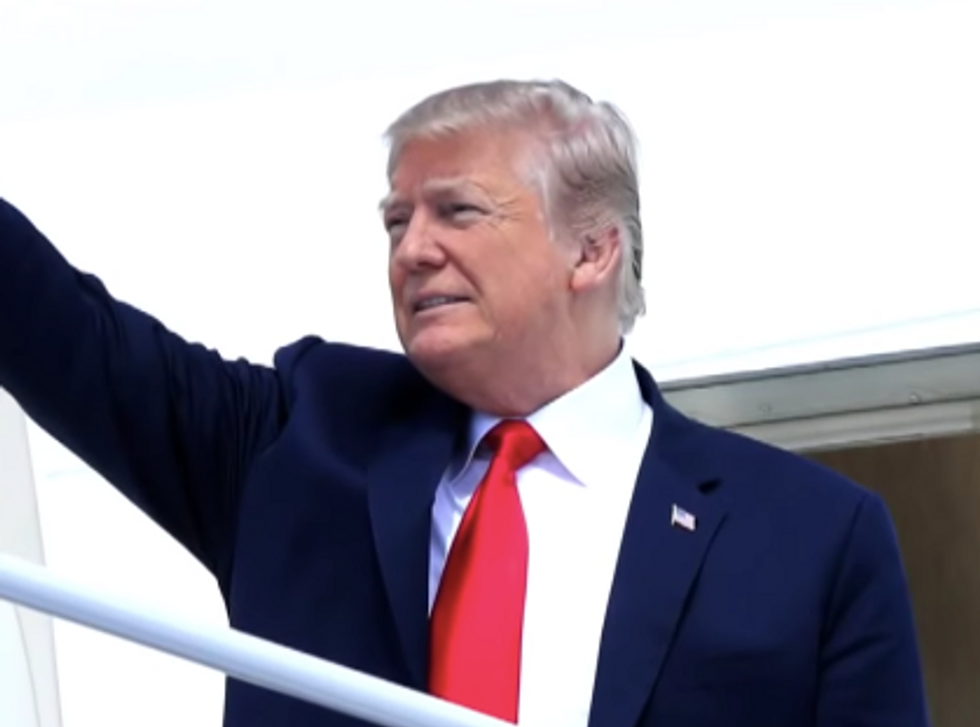 By all accounts, President Donald Trump suffered an absolutely brutal week of news.

But as Trump reminded the nation in a tweet on Sunday evening, he still has the public's support, with a solid 52 percent approval rating.

Only one problem: no poll shows his approval rating anywhere near that high.

While it is not entirely clear where Trump got 52 percent, commentators have noted that that just happens to be where Trump's disapproval rating stands in the latest NBC/Wall Street Journal poll. In fact, as Nate Silver notes, that actually constitutes a 2-point net drop from their last poll.

That Trump's numbers declined over the last week is not surprising. His campaign manager was convicted of federal crimes. His former attorney's guilty plea implicated him in an illegal payoff scheme, in a case that also granted immunity to National Enquirer publisher David Pecker and Trump Organization CFO Alan Weisselberg. He also faces criticism for his petty slights against Sen. John McCain (R-AZ) even as he succumbed in a year-long battle with brain cancer.

Trump, who lost the popular vote for the presidency in 2016, has never held a net positive approval rating average in the RealClearPolitics aggregation. As of this writing, his average is a net 9.2 percentage point disapproval.