Trump Tried to Buy Decades of Dirt the National Inquirer Had About Him: Report 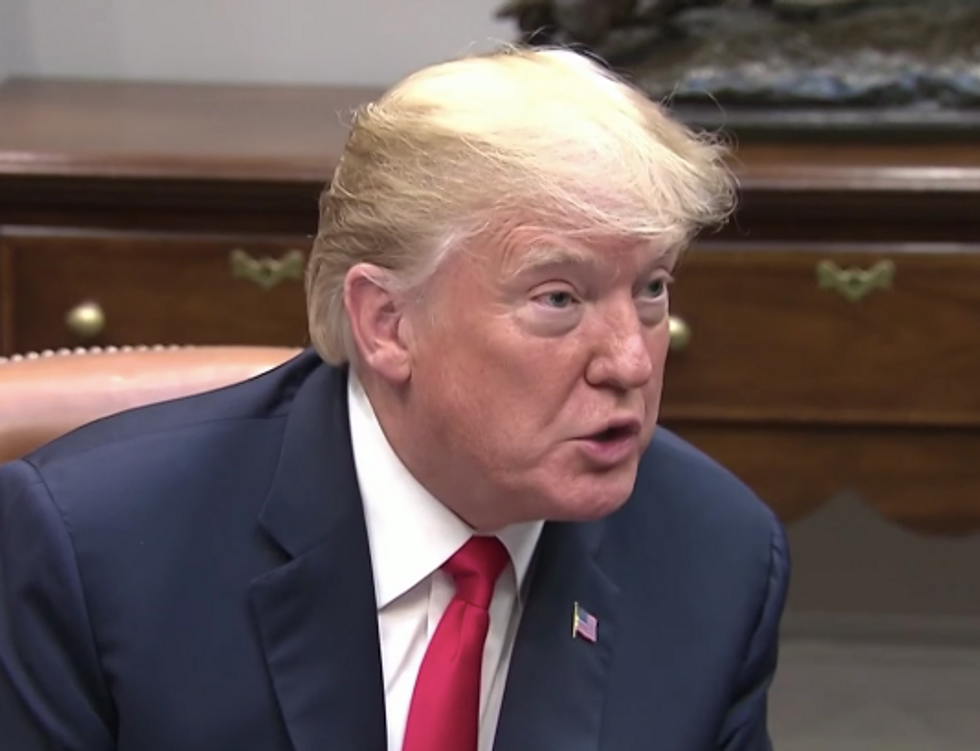 According to a report at the New York Times, the scandal tabloid National Enquirer had an accumulation of stories acquired over decades on Donald Trump that he made efforts to purchase.

Trump and his personal lawyer, Michael Cohen, put together a plan to buy all of those stories in order to bury them, in much the same way that they buried the story about his reported affair to adult actress Stormy Daniels, by using possibly illegal payoffs.

According to the report, a phone conversation taped by Cohen had him saying, “It’s all the stuff — all the stuff, because you never know.”

The Times based their report on insiders who knew about the discussions but would speak about them only on condition of anonymity, so as not to be drawn into the legal cases swirling around both Cohen and the president.

The report goes on to state that the two never followed through but that it was “strongly hinted at in a recording that Mr. Cohen’s lawyer released last month of a conversation about payoffs that Mr. Cohen had with Mr. Trump.”

According to the report, it was not disclosed how much the Enquirer and it’s owner, American Media, has on Trump and whether any of that information has been handed over to federal investigators.

You can read the whole report here.
Report typos and corrections to: feedback@alternet.org.