Why Trump's Trade War Will Impact the Marijuana Industry Too 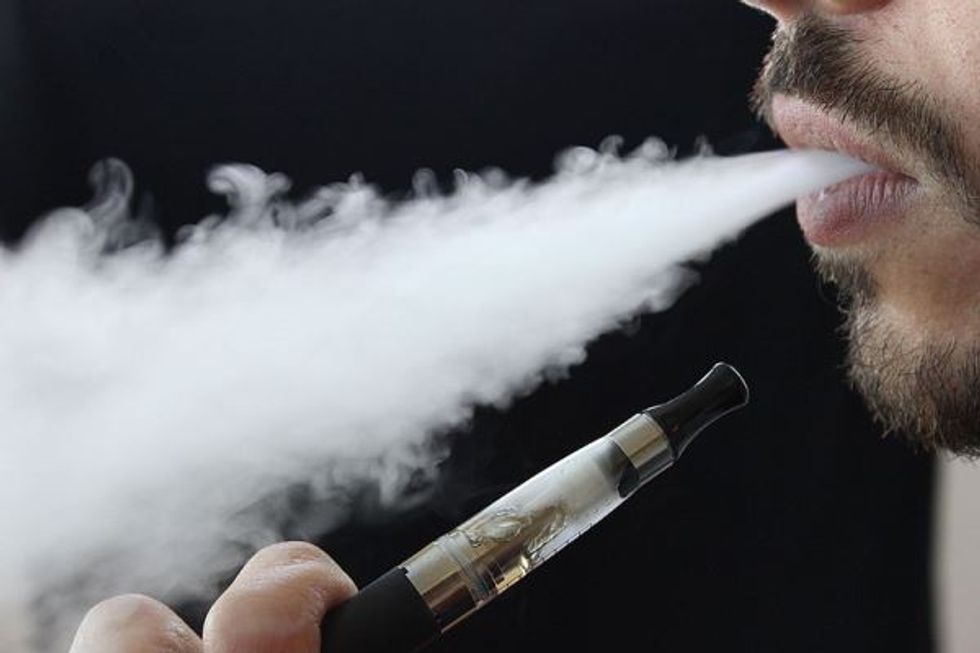 The Trump administration has included vaping devices and their components among the Chinese products subject to punitive tariffs, and that's going to have an impact on the marijuana industry. But it's not just vaping devices: Many other products made in China, from fixtures to packaging materials and more that are used in the pot industry, are also subject to increased tariffs.

The bottom line will be increased costs for legal marijuana companies and increased prices for their customers. To the degree that tariffs subdue growth in legal marijuana markets, they could also end up putting a hit on marijuana tax revenues for states and localities.

Companies selling vaping products are on the front line, said Arnaud Dumas de Rauly, co-CEO of the Blinc Group, which develops and sells technology and products related to vaping and runs an incubator program to research, develop, and brand technologies for marijuana and nicotine vaping. Dumas de Rauly made his comments in July 24 testimony at public hearings on the tariffs held by the Office of the U.S. Trade Representative.

The vast majority of vaping devices, as well as batteries, filters, and cartridges, are manufactured in China, Dumas de Rauly noted, and there are currently few alternatives for producing them. But the profit margin on such devices is only 10 to 15 percent, and that means companies will either have to find alternative sources, eat the hit to their bottom lines, or, more likely, pass the increases on to consumers.

And that will have an impact on the "entire cannabis consumption market—including medical and recreational marijuana," Dumas de Rauly said.

It's not just consumers who will feel the impact, Dumas de Rauly warned. Higher prices mean decreasing sales and shrinking tax revenues and "25 percent of sales come from cannabis vaping products," he said.

The business press, which now actually treats the marijuana business as a real industry, found plenty of people who echoed Dumas de Rauly's sentiments. In an interview with Forbes, Brooke Davies, executive director of Cannabis Organization of Retail Establishments, a non-profit trade association representing cannabis retailers in Washington State, said that tariffs were already having an impact. Small growers there, already under pressure from dropping marijuana prices, will see profit margins shrink even further because the glass jars they buy from China to package their buds are being hit by tariffs.

"The Trump tariffs will undoubtedly hurt the rural parts of Washington State," Greg James, publisher of Marijuana Venture and Sun Grower magazines, told Forbes. "There could well be a snowball effect that results in the outdoor growing community having an even harder time selling their crop," he said.

It's not just growers or vaping companies taking a hit. "Any items essential to the day-to-day operations of a cannabis business, from construction equipment to cell phones, will likely increase in price,” Kevin Hagan of the Princeton Public Affairs Group told Forbes.

Meanwhile, CNBC reported that unlike other sectors targeted for tariffs, such as imported steel, aluminum, solar panels, and washing machines, whose impacts are slower to show up (how often do you buy a washing machine?), the tariffs on vaping products will have an almost immediate impact. That means consumers will quickly see price increases and adjust their behavior accordingly.

But for some people—medical marijuana patients—marijuana isn't a luxury, but a necessity.

"For those who need it, they don't have a choice," Mary Lovely, a professor of economics at Syracuse University and nonresident senior fellow at the Peterson Institute for International Economics in Washington, D.C., told CNBC.

Maybe they can comfort themselves by reading Donald Trump’s tweets. As he exclaimed in a tweet the same day as the Office of U.S. Trade Representative hearings, "Tariffs are the greatest!... All will be Great!"