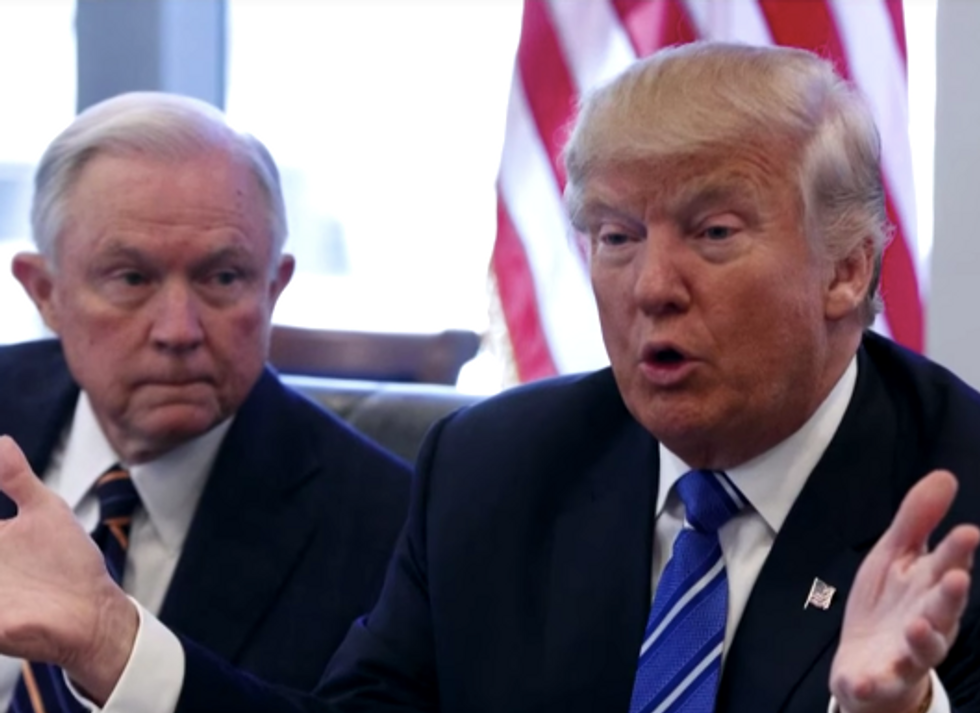 Less than a day after Attorney General Jeff Sessions declared that the U.S. Justice Department would "not be improperly influenced by political considerations," nearly the first thing President Donald Trump did early Friday morning was to call on Sessions to deploy his department's vast power and resources to go after those Trump explicitly perceives as his political enemies.

"Jeff, this is great, what everyone wants, so look into all of the corruption on the 'other side' including deleted emails, Comey lies and leaks, Mueller conflicts, McCabe, Strzok, Page, Ohr," Trump wrote after quoting Sessions' remarks on remaining independent from politics.

"FISA abuse, Christopher Steele and his phony and corrupt dossier, the Clinton Foundation, illegal surveillance of Trump campaign, Russian collusion by Dems—and so much more. Open up the papers and documents without redaction?" Trump went on. "Come on Jeff, you can do it, the country is waiting!"

Trump's demand that Sessions direct the Justice Department's energy toward pursuing the president's conspiratorial whims—a demand that comes as the department's resources could be better spent on, say, reuniting the 528 children who remain separated from their parents thanks to its cruel "zero tolerance policy"—was immediately denounced by legal experts as abnormal and dangerous.

"No, it's not normal for the president to be issuing official statements going after his attorney general and directing him to investigate people he doesn't like," Citizens for Ethics and Responsibility in Washington (CREW) declared on Twitter.