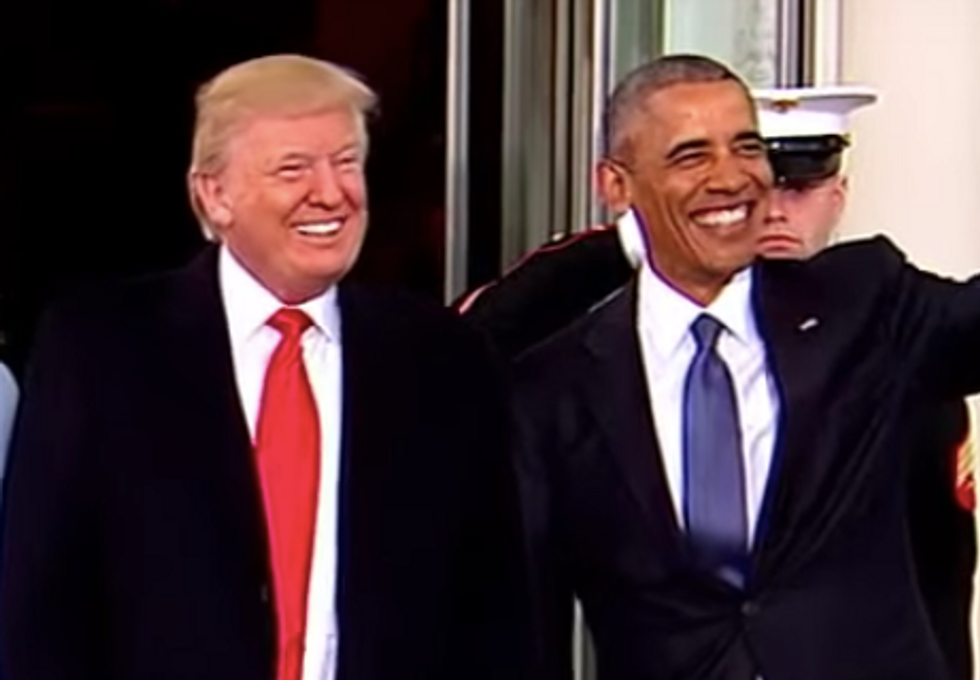 President Donald Trump has had much to say about the legal problems of his former personal attorney, Michael Cohen, who on August 21, pled guilty to eight criminal charges—including campaign finance violations related to hush money paid to two women Trump allegedly had extramarital affairs with: adult film star Stormy Daniels and Playboy model Karen McDougal. During an interview with Fox Business and in posts on Twitter, the president has asserted that the campaign finance violations Cohen admitted to were no worse than President Barack Obama’s. But the two are in no way comparable—and Trump is mixing apples and oranges, to say the least.

In early 2013, the Federal Election Commission (FEC) imposed a $375,000 fine against Obama’s 2008 presidential campaign for violations that included reporting incorrect dates for certain contributions and missing filing deadlines for reporting large donations that were made during the campaign’s final weeks. The campaign was also fined for failing to return, in an adequate amount of time, donations that exceeded maximum amounts.

In other words, the 2008 Obama campaign made some honest mistakes and was fined accordingly by the FEC. But it was strictly a civil matter, and there was no criminal investigation. The Obama campaign was never suspected of any criminal wrongdoing, only some civil screwups that resulted in a hefty fine.

Interviewed by NBC News, Mitchell Epner (a former federal prosecutor) described the Obama campaign violations as “a small, technical paperwork error that people who were trying to get it right might make,” adding, “$375,000 for the FEC is a meaningful fine, but compared to the amounts that were involved, it’s tiny.”

Epner, however, had a much different view of Cohen’s actions, noting, “What Michael Cohen has admitted to doing is absolutely a crime.”

Cohen admitted to violating two campaign finance rules, one of which was knowingly causing a corporate finance violation—and the penalty for that federal crime is a maximum of five years in prison.

During his guilty plea, Cohen didn’t specifically mention Trump, Daniels or McDougal by name. But he said that payments were made to two women—evidently, Daniels and McDougal—and that in August 2016, a $150,000 payment was made for the “principal purpose of influencing” the 2016 presidential election. The major political candidate Cohen referred to in court, presumably, was Trump. And when Cohen was asked if he knew that his actions were illegal, he responded that yes, he knew.

NBC News also interviewed legal expert Michael S. Kang, a professor at Northwestern University’s Pritzger School of Law in Chicago. Kang drew a distinction between civil and criminal campaign finance violations, telling NBC News, “It turns on the question of criminal intent. When somebody does something with the intent to defraud the government—if it’s on purpose—you’ve got the potential for criminal liability.”

Interviewed by Vox’s Dylan Scott, the University of California, Irvine’s Rick Hasen (an expert on election law) explained, “Inadvertent violations like Obama’s are punished civilly by the FEC.” But Hasen said of Cohen, “It is a crime to make excessive, unreported campaign contributions, even to pay off a mistress, if done for the purpose of influencing the campaign. That’s what Cohen admitted to, and if done willfully, it is a crime.”

But Republicans, Trump supporters and Fox News viewers often inhabit an alternate reality—much as they have “alternate facts,” to borrow a phrase from Trump adviser Kellyanne Conway—and this week, part of that alternate reality is failing to realize that the federal crimes Cohen admitted to are much more serious than the Obama campaign’s civil infractions of 2008.