'Trump Is Going to Wreck the Whole Party': Howard Dean Explains How the GOP Could Finally Turn on the President 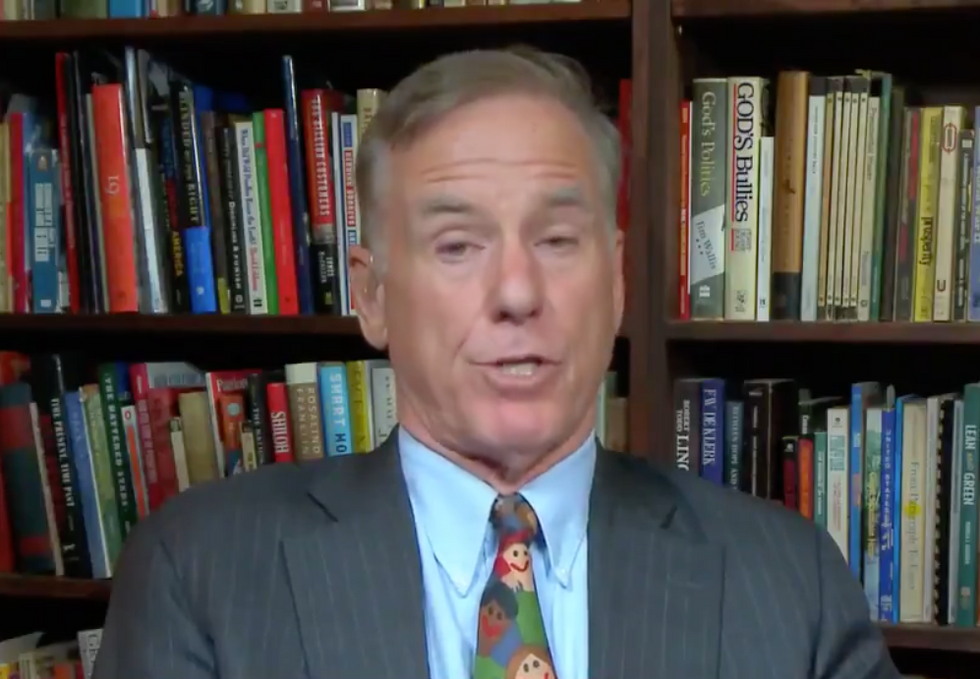 Former Democratic National Committee Chair Howard Dean might not be the first person the Republican Party wants to turn to for advice, but he has some sage counsel to offer anyway.

"Republicans have to panic as the Republicans did during Watergate," Dean said Friday on MSNBC's "The Beat."

He was discussing President Donald Trump's low approval numbers and the forecasts that Republicans are likely to get hit hard in the upcoming midterm elections. And yet, as has been widely noted, Trump's base remains loyal to him even while he's broadly unpopular. This makes it very difficult for the rest of the party to turn against him. However, Dean suggested a bad result in November for the GOP could change that calculus.

"The leadership has to realize Trump is going to wreck the whole party, which he is in the middle of doing," Dean said. "They have to cut the legs out from under him. That's probably not going to happen unless they lose the House and Senate. I think there's a reasonable possibility they will lose the House and the Senate."

He said, however, that it's not wise for Democrats to run on impeachment: "It's a process, and I think we have to respect the process."

He believes, however, that Trump is unfit to serve.