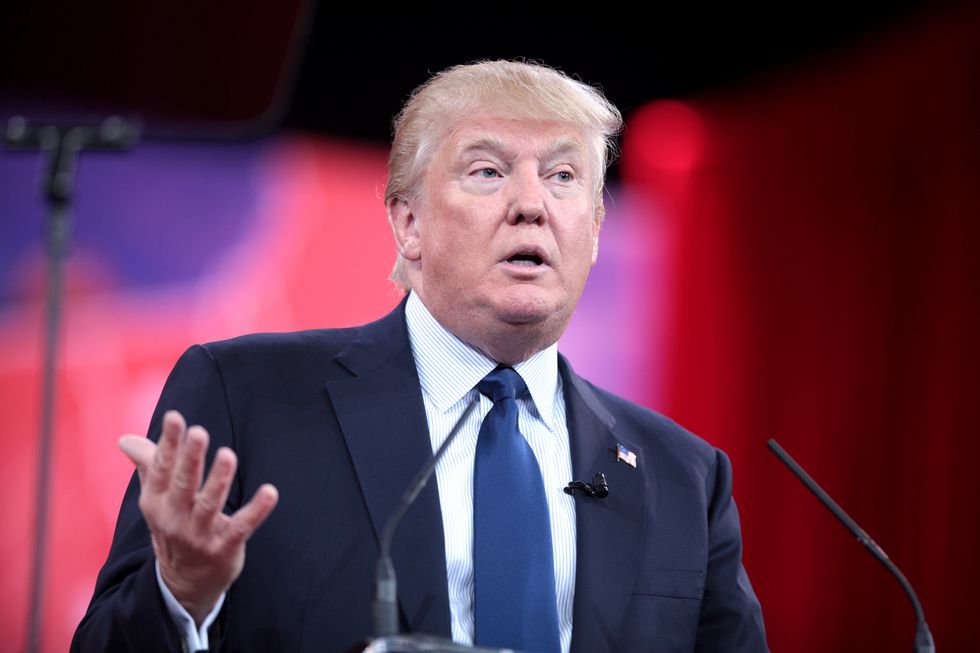 President Donald Trump fired back at his former staffer Omarosa Manigault Newman Monday night following her claims that he was recorded using the n-word while filming his reality TV show "The Apprentice."

In her new book, Unhinged: An Insider’s Account of the Trump White House, Manigault Newman claimed that she had heard about the recordings' existence. But in a recent interview with NBC News, she claimed that she had actually personally listened to the tape after her book was finalized.

Defending against the allegations Monday night, Trump tweeted that Mark Burnett, the producer of 'The Apprentice" who has control of the old tapes, denies Manigault Newman's claims.

.@MarkBurnettTV called to say that there are NO TAPES of the Apprentice where I used such a terrible and disgusting… https://t.co/qH7J8U3RCF
— Donald J. Trump (@Donald J. Trump)1534211405.0

As many observers noted, it's bizarre for Trump to claim that Burnett had to call to confirm to him that there are no tapes of him saying something — if he never really said it. If Trump were sure he never used the racial slur, why would he need Burnett to say there were no such tapes?

Moreover, Trump has a habit of claiming that he had conversations that seem entirely fabricated. Given the absurdity of its content, it's unclear whether the phone conversation Trump described ever took place. Of course, if Burnett were interested in confirming its veracity, all he would have to do is tweet about it himself.