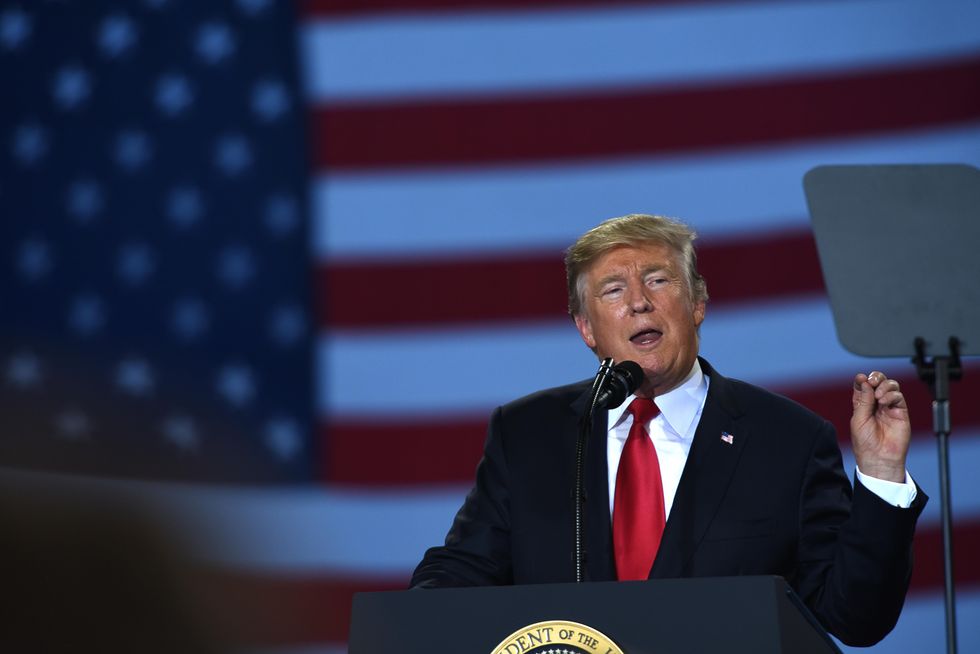 President Donald Trump made the brazen and outlandish assertion in a new Reuters interview Monday that he could "run" special counsel Robert Mueller's Russia investigation if he wanted to — despite the fact that he is a central subject in the investigation.

He also echoed his lawyer Rudy Giuliani's reluctance to sit down with Mueller for an interview, saying he fears that it would be a "perjury trap." Of course, as many have pointed out, it's not actually a perjury trap if you don't plan on committing perjury.

Giuliani has said that he fears that any contradiction between Trump's statements and those of other witnesses will immediately be determined to be perjury, but the crime typically requires a high evidentiary standard to be met in order tor the charge to be successful. Trump has also promised in the past that he would testify in the probe.

Trump's claim that he could be in charge of the investigation, which is investigating his campaign and its ties to a hostile foreign power, would essentially put him above the law. If he can control any federal investigation into himself and his own entities, then law enforcement would be entirely unable to hold him accountable for his actions.

"The person who's being investigated for potentially violating the law running the investigation about whether he violated the law would really be... I'd say unprecedented," said civil rights activist Maya Wiley on MSNBC's "The Beat."

"The rhetoric itself, for a democracy, is scary," said Rep. Joaquin Castro (D-TX) later in the show. "But those words better just stay as words and rhetoric. And The President better not make a single move to fire Bob Mueller. And if he does, the Congress should move immediately to impeach the president of the United States."