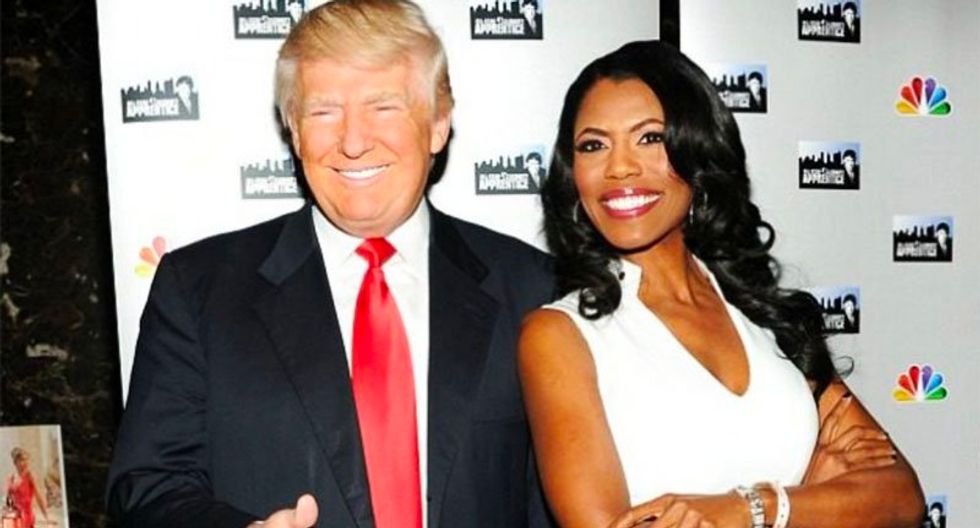 The Trump campaign on Tuesday filed an arbitration against former White House aide Omarosa Manigault-Newman, “claiming that she broke a 2016 nondisclosure contract by disparaging the president,” the Washington Examiner reports.

“Donald J. Trump for President, Inc. has filed an arbitration against Omarosa Manigault-Newman, with the American Arbitration Association in New York City, for breach of her 2016 confidentiality agreement with the Trump Campaign,” a campaign official confirmed.

The campaign is reportedly seeking "millions" in damages from Manigault-Newman.

Lawyers for the Trump campaign filed for an arbitration, according to the Examiner, which typically keeps deliberations secret. They accuse Manigaul-tNewman of violating provisions that required her to “keep proprietary information about the president” confidential and prohibited her from disparaging Trump and his family.

The move is the latest installment of the Trump-Omarosa saga, which has resurfaced in recent days as the former "Apprentice" villain plugs her new tell-all book about the Trump White House. Manigault-Newman has begun releasing surreptitiously recorded audio tapes of interactions between her and high-raking Trump administration officials, including the president himself.

In turn, Trump has taken to attacking Manigault-Newman on Twitter. Tuesday, he called his former aide “that dog,” describing her as a “crazed, crying lowlife” who he hired out of the goodness of his heart.