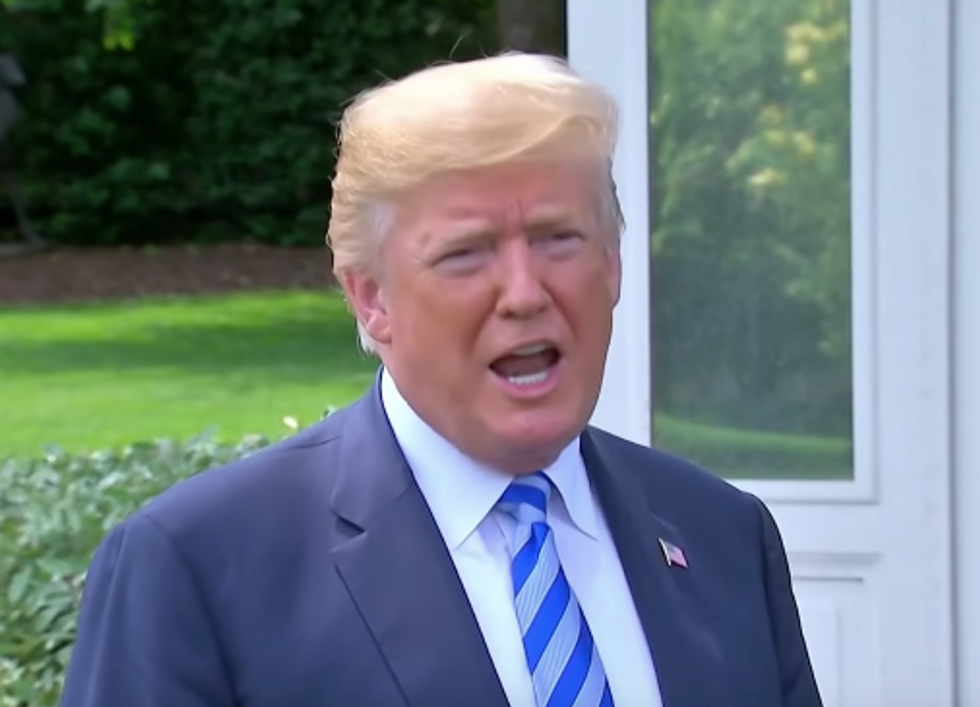 It didn't take long for Media Matters For America's Matt Gertz to uncover what Trump was talking about: he had been watching a Fox Business interview between Lou Dobbs and right-wing YouTubers Lynette Hardaway and Rochelle Richardson, known by the stage names  "Diamond and Silk."

During the interview, the two accused Google of "tyranny" and "political lynching" for not showing a larger number of articles favorable to Trump. Hardaway warned that "somebody's going to have to step in and take a look at this here."

Diamond adds that "somebody's going to have to step in and take a look at this here." Watching the program this mor… https://t.co/TnapAxPb6N
— Matthew Gertz (@Matthew Gertz) 1535458052.0

Diamond and Silk, who previously were caught lying under oath about a payment they received from the Trump campaign, become a GOP cause cÃ©lÃ©bre after Facebook sent them an erroneous message deeming their content "unsafe." They have leveraged this into a sweeping conspiracy theory that big tech sites are silencing conservative content — which is debunked by hard data showing their Facebook engagements actually increased in the past year.

Likewise, there is no evidence whatsoever that Google is deliberately suppressing pro-Trump content. Nor, as Trump suggestions, is any algorithm a private tech platform uses to determine search results "illegal," as Google is a private company and there is no constitutional right to appear at the top of its search results.

Moreover, it is curious that if the GOP is genuinely concerned that tech companies have too much power over what people see and hear, they do not push for tougher antitrust laws against the business practices that allow tech platforms to hold near-total monopolies — the few laws we have on the matter are swiftly being dismantled by the Supreme Court, and with the vote of Trump's own judicial picks.

None of this, however, has stopped the right-wing kangaroo courts against social media "censorship." And Trump's rant is just the latest example of how ubiquitous the false narrative has become.