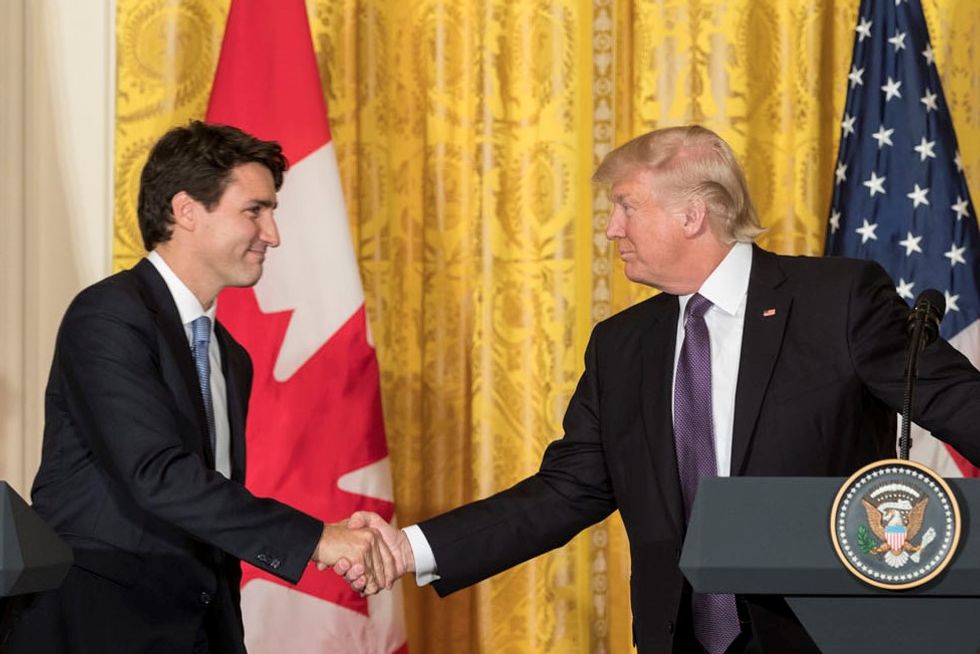 President Donald Trump never misses an opportunity to vilify the press or insult Canada, which has been one of the United States' closest allies over the years—and this week, he has managed to accomplish both.

Under Trump’s presidency, relations between the U.S. and Canada have become increasingly uncomfortable, with the U.S. president encouraging a trade war with its neighbor to the north. And on August 31, Trump posted an indignant tweet attacking Bloomberg News for using comments that—Trump alleges—were made off the record during a recent interview.

On Twitter, Trump posted, “Wow, I made OFF THE RECORD COMMENTS to Bloomberg concerning Canada, and this powerful understanding was BLATANTLY VIOLATED. Oh well, just more dishonest reporting. I am used to it. At least Canada knows where I stand!”

Trump’s tweet was evidently in response to an article posted on August 31 by the Toronto Star, which obtained comments he made to Bloomberg News that were hostile and insulting to Canada. Trump, in those comments, said that he was taking a hardline stand in trade discussions with the U.S.’ northern neighbor.

The Toronto Star quoted Trump as saying that any trade deal with Canada would be “totally on our terms.” Trump, however, is also quoted as saying that he couldn’t say that openly because, “it’s going to be so insulting they’re not going to be able to make a deal.”

During his interview with Bloomberg News, Trump discussed other countries as well—saying that he planned to proceed with tariffs on Chinese imports.