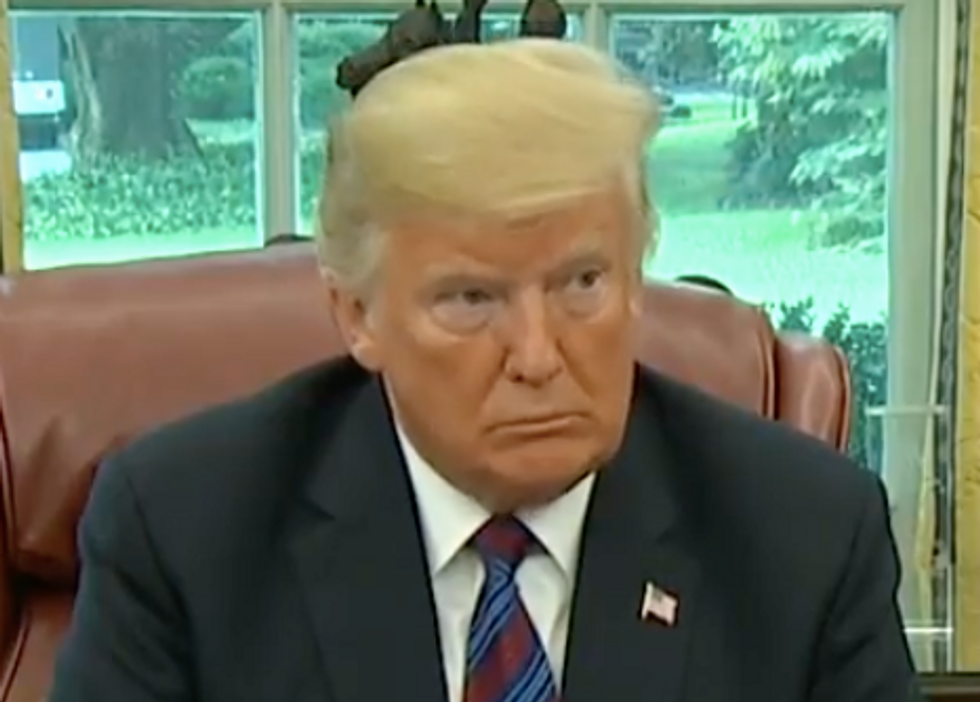 Donald Trump declared victory on trade with Mexico Monday morning, announcing a preliminary agreement on a revised North American Free Trade Agreement. But as with many of Trump’s declarations of victory, it’s far from clear that this deal will be realized. In a statement—and public telephone call with Mexican President Enrique PeÃ±a Nieto—Trump said that “They used to call it NAFTA” but because NAFTA has “a bad connotation,” the new deal would be called the U.S.-Mexico Trade Agreement.

Trump said “we haven’t started with Canada yet”—when in fact the U.S. has negotiated with Canada extensively, though Canada has been excluded from NAFTA talks in recent weeks—and “we’ll start negotiations shortly.” As the Toronto Star’s Daniel Dale tweeted, “Basically, what keeps happening is that Trump says things about making two separate two-country deals with Canada and with Mexico, then his administration just keeps working on the three-country NAFTA. His rhetoric has often had almost no connection to the actual negotiations.”

Trump’s announcement was typically thin on details, but according to reporting, the possible deal would represent steps forward on auto manufacturing, increasing the requirement for North American components in cars and requiring a certain percentage of manufacturing to be done by workers being paid $16 an hour or more. However, while the U.S. and Mexico have reached tentative agreement, they’re working under a tight deadline, hoping to have things finalized before Mexican President-elect AndrÃ©s Manuel LÃ³pez Obrador is sworn in on December 1. Bringing Canada in makes that timeframe even tighter.

So … the full details of a U.S.-Mexico deal aren’t known, there are time pressures that may be difficult to meet, Canada has yet to be heard from, and it’s not clear how connected to reality Trump’s understanding of the deal is. But what Trump’s going for here is headlines saying he won … and too many U.S. media outlets will probably give him that.