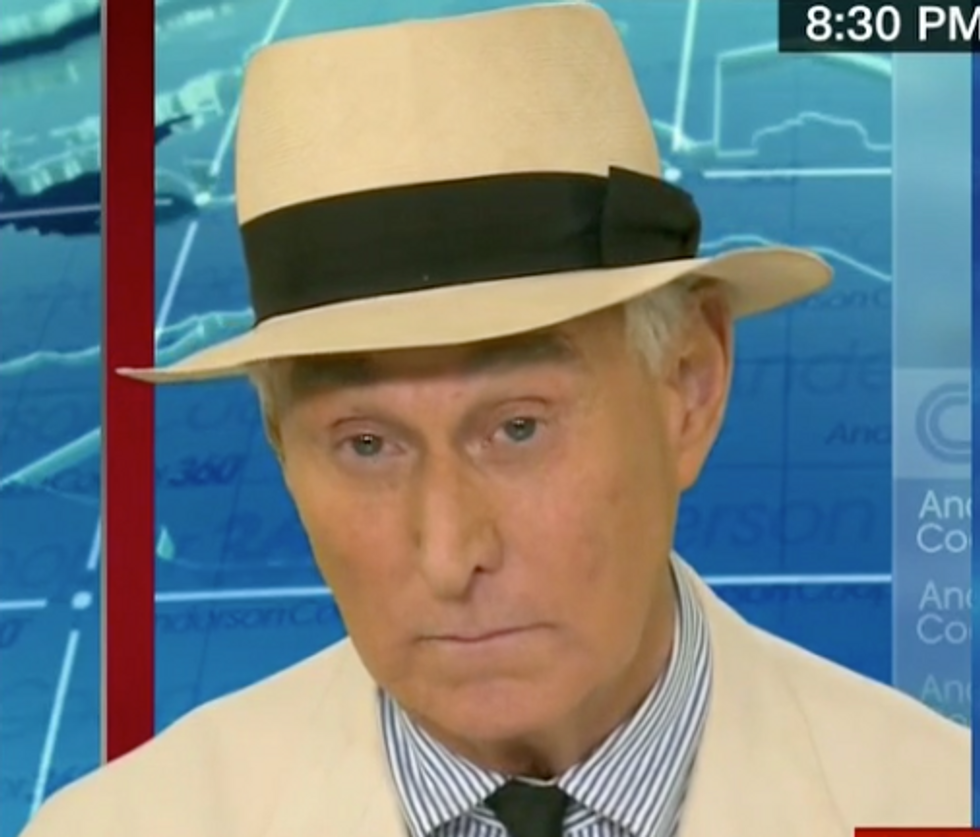 Wearing a cream-colored Panama hat and matching suit with a pinstriped shirt, Stone looked off to the side during the conversation, rather than at the camera as is typical in such interviews. He blinked at an unusually accelerated rate and spoke in a stiff, staccato pattern — far from his typical behavior.

"I have not been contacted by the special counsel's office," he told Cooper. "I've made it abundantly clear that there are no circumstances under which I would testify against the president. I would not rule out cooperating if they think I could be helpful in some area. But beyond that, I have not spoken with them."

Cooper asked about Kristin Davis, known as the "Manhattan Madam," who has been called to testify before a federal grand jury. Stone described her as a friend but said that she would have no knowledge of Russian interference in the 2016 election or his own communications with WikiLeaks, which have raised suspicions given the intelligence community's belief that the organization has Kremlin ties.

Stone expressed enthusiasm for the idea that WikiLeaks founder Julian Assange might testify to Congress about the 2016 election. He also took the opportunity to double-down on conspiracy theories that posit that the Russians didn't hack the Democratic National Committee, which the findings of the intelligence community and independent analysts contradict.

"This is a tremendously expensive process to be under the scrutiny of an all-powerful federal prosecutor," Stone said. "I'm being sued by the Democratic National Committee, and in that lawsuit, whether or not the Russians hacked the DNC is a central question. The indictment announced by Mr. Mueller claims that they did, but that's an indictment, not a conviction in a court of law. Mr. Assange would have information regarding this that he might be able to illuminate the American people regarding, so I think his testimony would be a positive thing."