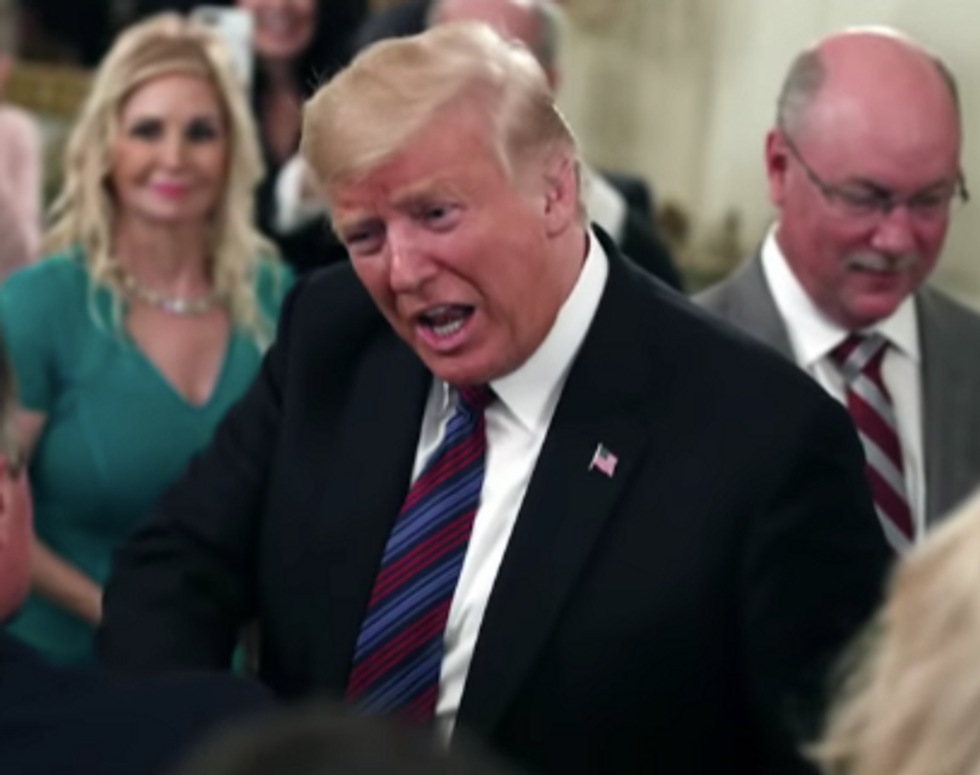 On Thursday night, at a campaign rally in Evansville, Indiana, one of President Donald Trump's aides physically blocked the camera lens of a photographer trying to capture a demonstrator.

The image of the aide blocking the camera was itself capture by Associated Press photojournalist Evan Vucci, who posted it to his Instagram account:

In a stunning lack of awareness, shortly after this incident, Trump proclaimed to the crowd, "We as a country cannot tolerate political censorship! We are not going to let them control what we see!" — likely a reference to his ongoing conspiracy theory that Google is silencing search results about his presidency.

Trump has shown repeated hostility to the media, frequently calling journalists the "enemy of the people." A recent poll suggests that a plurality of 43 percent of Republicans would support giving Trump "the authority to close news outlets engaged in bad behavior."