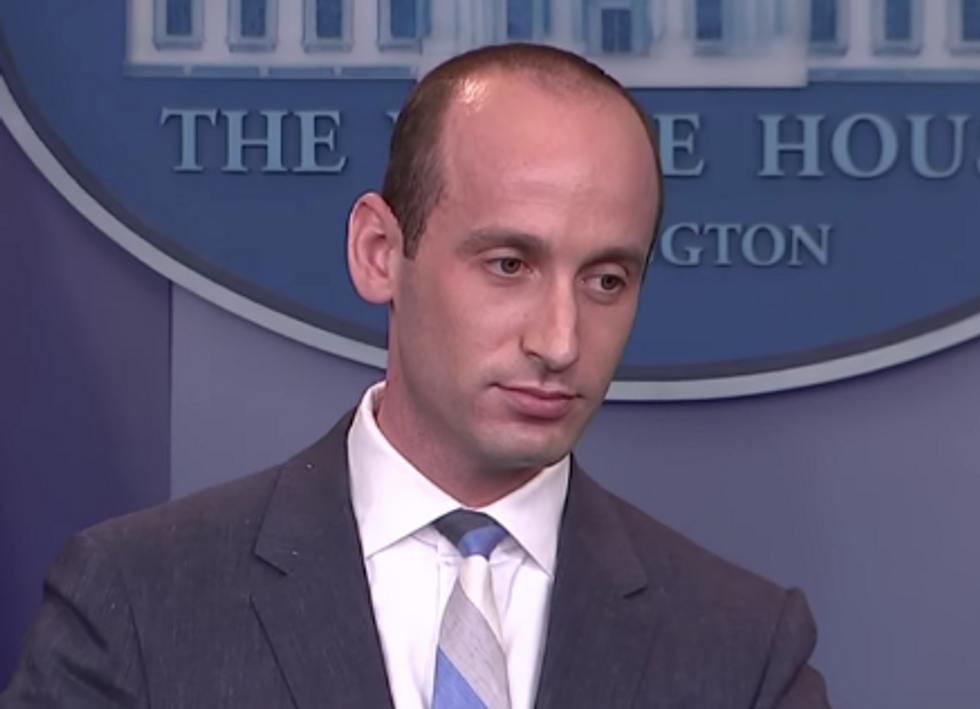 Senior Advisor to the President Stephen Miller is reportedly finalizing a plan that would allow the Trump administration to make it harder for legal immigrants in the United States to become U.S. citizens. It could affect up to 20 million current legal residents and it would not require Congressional approval.

"The Trump administration is expected to issue a proposal in coming weeks that would make it harder for legal immigrants to become citizens or get green cards if they have ever used a range of popular public welfare programs, including Obamacare," NBC News, citing four sources with knowledge of the plan, reports.

NBC also notes that "immigrants living legally in the U.S. who have ever used or whose household members have ever used Obamacare, children's health insurance, food stamps and other benefits could be hindered from obtaining legal status in the U.S."

Miller is the man behind the Trump administration's devastating decision to separate children from their parents and families who are attempting to enter the U.S. from Mexico and especially areas of Central America known as the murder capitals of the world.

In June Miller called his plan to break apart families with the specific intention of using their emotional pain as a deterrent to others who might try to enter the U.S. illegally, or to attempt to apply for asylum, a "simple decision."

Hundreds of the thousands of children stripped from their parents' arms may never see their families again, as there was never a plan to reunite them. Many of their parents have already been deported back to their native countries – without their children.

Now, Miller, who has been called a "white supremacist," a member of the "alt-right," and a "white nationalist," among other similar labels, is again using his role as a top Trump policy advisor to attack mostly Latino and Hispanic immigrants, but this time those who are already in the U.S., and those who are here legally.

The plan has already been sent to the Trump White House's Office of Management and Budget, and could be entered into the Federal Register as a Trump Administration rule and the official policy of the federal government.