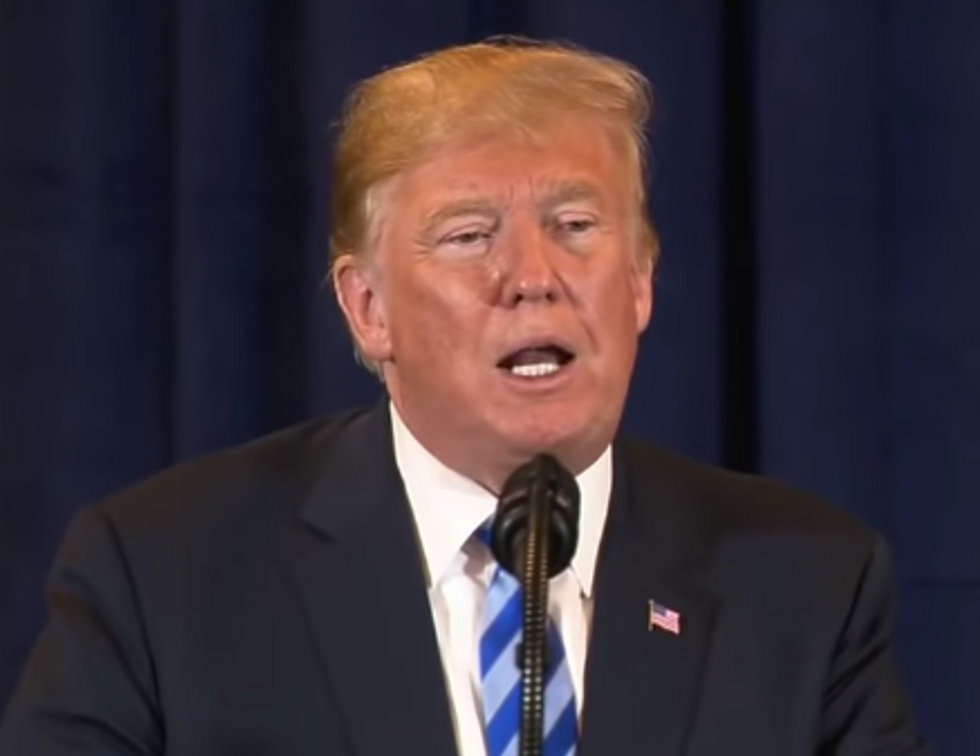 The Conversation
August 17, 2018 The Right Wing

Mainstream press coverage of President Trump has been unfavorable. Thomas Patterson found that 80 percent of stories in the first 100 days of the administration were negative in tone.

The president has attacked the media as “fake news” and journalists as “the enemy of the American people.”

The president’s anti-press assaults are so frequent and potent that newspapers across the United States banded together August 16 to publish simultaneous editorials defending the press’s important watchdog role in democracy.

But for all the president’s complaints, he also craves validation from the media. Trump has given exclusive interviews to The New York Times and, in addition to loving Fox News, reportedly watches CNN and MSNBC every morning.

Trump’s quest for good press is particularly evident in the White House newsletters, a daily email update sent to anyone who cares to subscribe online.

As a scholar of media and politics, I have followed the White House newsletters since the Obama administration began sending them in 2009.

The White House Communications Office produced more than 2,000 newsletters during President Obama’s eight years in office. They announced his daily schedule, made official policy statements and provided a regular diet of sleek presidential photos. At times, the Obama newsletter offered behind-the-scenes stories about life inside the White House.

The Trump administration has continued the practice. Its daily email is called 1600 Daily or West Wing Reads, depending on the content and the day. Occasionally, a newsletter entitled Resolute Reads appears.

I’ve never met anyone else who pays the White House newsletter much attention. But I read and analyze every email.

The White House newsletter is a useful window into the Trump administration – just not necessarily in the way its editors may intend.

Early in Trump’s term, when the president cycled through four communications directors in six months, the newsletters mirrored the chaos in the White House.

They looked amateurish. Links didn’t work. The layout was cluttered and busy, and included unconnected, disparate events. Mimicking Trump’s voice, they referred to everything related to the president as “successful,” and there were constant references to making America great again.

By mid-2017, as the administration settled in somewhat, the newsletter began to look more professional. At that point it began to offer new, unintended insights into the administration, showing the president’s strong desire for good press.

The nearly 600 newsletters produced so far under Trump have included hundreds of references to positive news stories.

Of those, my analysis finds, roughly half of the clips cited were from mainstream outlets like The New York Times, Washington Post, ABC, NBC and CBS – all publications that have been targeted in angry presidential tweets.

Between a third and a half of all media references in the White House newsletter tout glowing comments from conservative media like the Washington Times, Washington Examiner and National Review, Fox networks and conservative blogs like The Daily Signal and Daily Caller.

The Obama administration never tooted its own horn in this way. Occasionally, its newsletter linked to op-ed pieces from administration officials, but generally Obama’s email updates were not designed to trumpet coverage that made the administration look good. Rather, they served as a source of information about policy, public affairs and White House events.

Sometimes, in its search for positive coverage, Trump’s newsletter has even mistaken satirical criticism for authentic praise.

In March 2017 1600 Daily praised a Washington Post article by Alexandra Petri called “Trump’s budget makes perfect sense and will fix America, and I will tell you why,” which slammed the president for proposing massive budget cuts to federal agencies like the Department of State and Environmental Protection Agency.

That misstep lead to some rare media attention to the White House newsletter.

For three months in 2017, the newsletter had the odd habit of republishing the administration’s own Twitter posts as if they were news stories from the press.

Usually, it would publish a screenshot of a tweet by or about the president from a government account, including congratulatory tweets from the White House itself celebrating the president for traveling overseas, and write about it.

The effect of all this tweeting and retweeting was that the White House newsletter functioned as a Trump propaganda machine. Each pro-Trump tweet become another media point to be published, shared and spun as praise for the administration.

How the president communicates

Presidential scholars say that the White House’s official communications efforts reflect the personality and governing style of each president.

My academic reading of the White House newsletter supports that view. This daily email is a window into the Trump administration, laying bare the chaotic first months, the promotion of the Trump brand and the president’s erratic communication style.

Mostly, though, the White House newsletter reflects this administration’s complicated relationship with the news media. Despite press secretaries and a president who deride the journalists for their negative coverage, this White House also wants the validation and credibility that comes from media praise.

And it’s looking far and wide to find it.