There Is a Cancer Growing On Trump’s Presidency 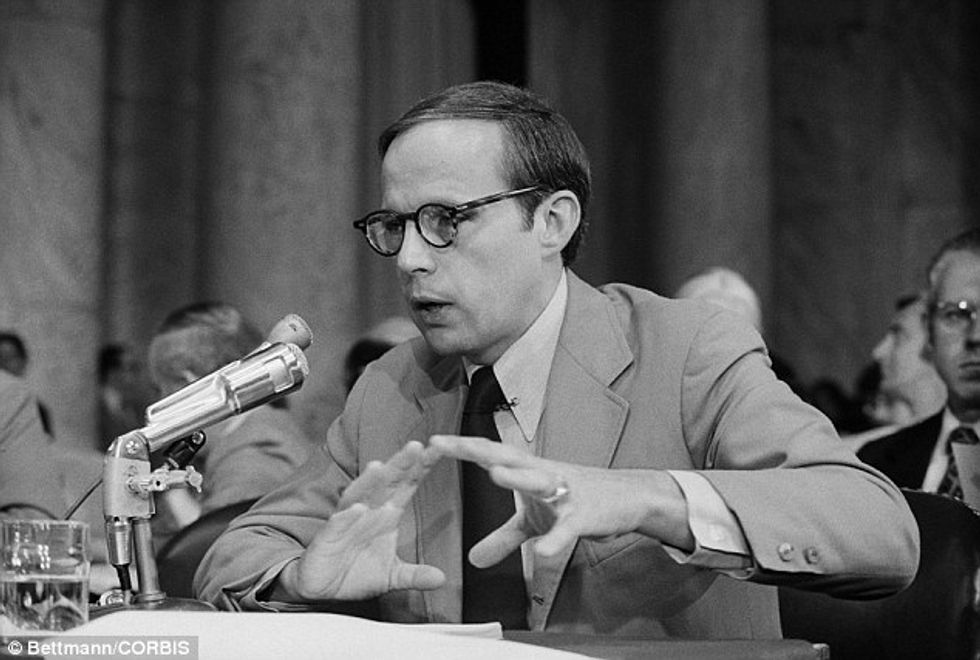 In a recent tweet, President Trump attacked John Dean, Nixon’s White House Counsel, as a “RAT.” He wrote: "The failing @nytimes wrote a Fake piece today implying that because White House Councel (sic) Don McGahn was giving hours of testimony to the Special Councel (sic), he must be a John Dean type 'RAT.' But I allowed him and all others to testify. . . .”

Other than having trouble spelling “Counsel” – White House or Special – Trump simply has his facts wrong about what happened in Watergate. Since the summer of 2011, I have taught a national legal ethics seminar with John Dean on Watergate and his role as White House Counsel. We have presented to thousands of lawyers using the Nixon tapes, documents and John Dean’s Senate testimony to dive deeply into the facts.

President Trump would do well to attend one of our three-hour seminars. Because of recent developments with Michael Cohen’s plea deal and the revelation that Don McGahn has been cooperating with Robert Muller’s team, it would behoove all of us to recall exactly how things transpired in Watergate.

John Dean, like Michael Cohen, participated in a cover-up relating to crimes connected to a presidential election.  Dean became the lynchpin of the conspiracy to obstruct justice by paying the Watergate burglars to maintain their silence before and after the election of 1972 (which Nixon won by a landslide).

Once it became clear to Dean that he had crossed the line in obstructing justice, he initially acted as most do – he doubled down and tried to make the cover-up work. He began dealing with President Nixon almost on a daily basis in February 1973, but when March arrived it became clear that the burglars were going to continue blackmail threats indefinitely and that the Senate was about to open hearings that would require perjured testimony from many.

Dean decided it wasn’t going to be sustainable and that the conspiracy had to stop. He warned the president in a fateful meeting on March 21, 1973, that there was a “cancer growing on the presidency” and that if it was not cut out it would kill Nixon’s presidency. Nixon considered coming clean but fell back to continuing the cover-up.

Dean slowly came out of the conspiracy, hiring a lawyer, Charlie Shaffer, to assist him through the minefield of cooperating with prosecutors, questions of immunity, attorney-client and executive privilege and eventually cooperation with Senate investigators.

Dean did not do any of this in the dark, as the term “RAT” implies. He told Bob Haldeman (chief of staff) and John Ehrlichman (domestic affairs) and eventually Nixon himself that he hired a lawyer and was speaking to prosecutors. The Nixon inner-circle encouraged Dean at first, believing that he would appear to cooperate while still lying or telling half-truths. Dean told them he would not lie and he went from hero to zero in Nixon’s eyes. The relentless attack on Dean, his motivations and credibility started.

Dean had no notes from his time at the White House to prepare for his proffers to prosecutors and Senate investigators. Instead, he relied on newspaper clippings and his prodigious memory.

When he testified in June 1973 before the Irvin Committee he read a lengthy statement and answered questions for an entire week. His testimony was carried on every network (CBS, NBC, ABC and public television).  Most Americans tuned in.

What Dean didn’t know was that Nixon had taped all of their conversations. Dean did suspect one late night episode with Nixon was taped by Nixon – because of Nixon’s bizarre behavior in walking to a corner of the room and whispering.

That tiny bit of testimony led Senate investigators to Alexander Butterfield, a presidential assistant, who was one of the few who knew of the existence of a taping system. Butterfield testified in July 1973 about the tapes.

A court battle ensued. During that battle, Special Prosecutor Archibald Cox was fired by Nixon when Cox refused to cut a deal on the tapes. The event became known as the Saturday Night Massacre. It led to calls for impeachment (and the appointment of a new Special Prosecutor, Leon Jaworski).

But for an entire year, Dean was subject to a relentless attack by Nixon and his White House. Dean was a liar.  Dean was a rat.  Dean was only seeking immunity for his own crimes.

When the United States Supreme Court ordered the release of the tapes in July 1974, John Dean was fully vindicated. His testimony was corroborated by the tapes, sometimes almost word for word.  Nixon resigned two weeks later.

John Dean was anything but a rat. He was a young lawyer who committed crimes, but he finally stood up and told the truth. While he could have made the case that his cooperation should have resulted in immunity, he did not take that immunity and was sentenced by Judge John Sirica for obstructing justice, receiving a one to four year prison term (which Sirica eventually reduced following the Watergate trials). “I realized the wrongs I’ve done,” Dean said at sentencing, “but to say I’m sorry is really not enough.”

It is no coincidence that Michael Cohen’s lawyer, Lanny Davis, has reached out to Dean for guidance as his client faces his own minefield. Dean’s story must be an encouragement to Cohen and Cohen will find his role in history if he follows Dean’s example and tells the whole truth as he know it.