Teachers Were the Real Heroes of School Desegregation 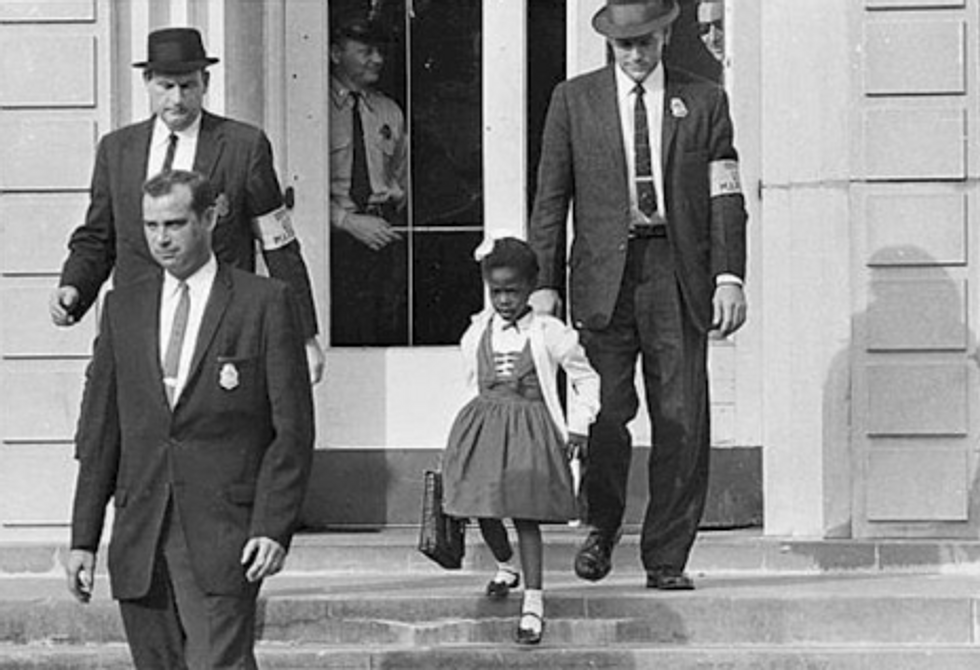 “There was not a manual, and there was not anything other than let’s try this, and with the overriding principle that these young people should not have to pay too big a price both in terms of their academic learning, in terms of their safety, by going through this process, because they didn’t volunteer for it either. And we’re all in it, in that sense. And that was the beauty of it, I mean, there were so many beautiful moments, but a lot of ugly stuff.”– Shelton Boyles, a former English teacher, Gainesville, Florida

Often overlooked in histories of school desegregation are the teachers. Most were products of segregated colleges. Nothing in their training prepared them to teach integrated classes. After the lawyers and the courts had their say, the teachers had to make desegregation work. Failure was not an option. We have public schools in the South today because of their courage and tenacity.

School desegregation in the South proceeded in two stages. The Supreme Court in Brown v. Board of Education (two opinions, 1954 and 1955), decreed that each segregated school district must change to a “racially nondiscriminatory school system.” The lower courts quickly decided that test was satisfied if black students could choose to transfer from their historically black schools to white schools. The South’s dual system of white and black schools remained in place.

I graduated from the white Gainesville High School in Florida in 1962, two years before the first blacks entered white schools there. My research of the Gainesville experience with desegregation has informed this article.

During the “freedom of choice” era of desegregation, only a minority of black students chose to transfer to white schools. They were expected to conform to the white schools’ expectations. Many of those students were middle class and college bound. Curricula, clubs, student government, and other activities in the white schools did not change.

The NAACP Legal Defense Fund in 1968 persuaded the Supreme Court that the South’s dual school system, even with freedom of choice, was not a “racially nondiscriminatory school system.” The black schools would have to be integrated or closed. In Florida, virtually all of the black high schools were closed. In Gainesville, the entire student body of Lincoln High School struck for 11 days in 1969 to protest its closing.

Unencumbered by reforms such as No Child Left Behind, teachers in the newly integrated classrooms could innovate. At Gainesville High, two white and one black teachers developed a three-hour block course called “Man and His Environment.” The course satisfied English, science and social studies requirements. The class included a representative group of students of both races and differing academic abilities. In other classes, many teachers took time out for students to tell something of their personal lives. Coaches fielded integrated sports teams. Principals found ways to get students of both races to work together on projects.

Masked by segregation, reading deficits were a major problem. Reading skills were needed not just for English classes but for all other subjects, even math. At the high school level, teachers were not expected to teach reading. However, in 1970, ten Gainesville High teachers enrolled in a junior college course for problem readers, to learn how to address their students’ reading issues. Curricula had to be revised to accommodate varying reading skills. Every teacher and every school were affected by student reading deficits.

Principal and football coach were the two most important positions in the high schools. In Gainesville, two new high schools opened in 1970. At the east side school, the last principal of Lincoln High School, a black, became principal and a white became football coach. On the more affluent, white west side, the new school’s principal was white and Lincoln’s last football coach took over the athletic program. At Lincoln, he fed his players Kentucky Fried Chicken before games. Speaking to a friend about his posting to the west side, he commented, “These kids, they ain’t going to be able to play football off of salads.” But he molded a successful program. A white player says the teams played all the harder for him, to protect him from the occasional racist sideline taunts.

Although the schools increased the numbers of deans who enforced discipline, at times the teachers had to be first responders. One white GHS English teacher recalls breaking up a fight in class between a white boy and a black boy. “I got right down on the floor in my little dress and high heels and I rolled around with them. I got them apart.”

Public education in Florida had been tarnished by the antics of Republican Governor Claude Kirk. Recruiting black teachers, already difficult, was made more so because of Kirk. The school district sent out a recruiting team of a white teacher and a black teacher to visit out-of-town colleges. When passing through Taylor County, Florida, the teacher who was not driving would get down on the floor of the car to avoid potentially hostile attention.

After the 1969-70 and 1970-71 school years, each of the principals of Gainesville High resigned. For 1971-72, 30-year-old Dan Boyd took over. The school board told him that if he resigned, there would be no other position for him in the county school system. Although without special training in racial matters, Boyd remained principal for 24 years. He did not lead from his desk. He worked out with the athletes in the weight room, traveled with the football team, and was visible on campus. A female student, remembering Boyd’s tight jeans, says all the girls had crushes on him.

Despite serious outbreaks of violence in 1970, the Gainesville schools slowly but steadily regained educational equilibrium. However, student engagement continues to be a key problem facing public schools. We can still learn from both white and black educators who taught through the desegregation years.