This Surprising State Could Be the Next to Legalize Marijuana 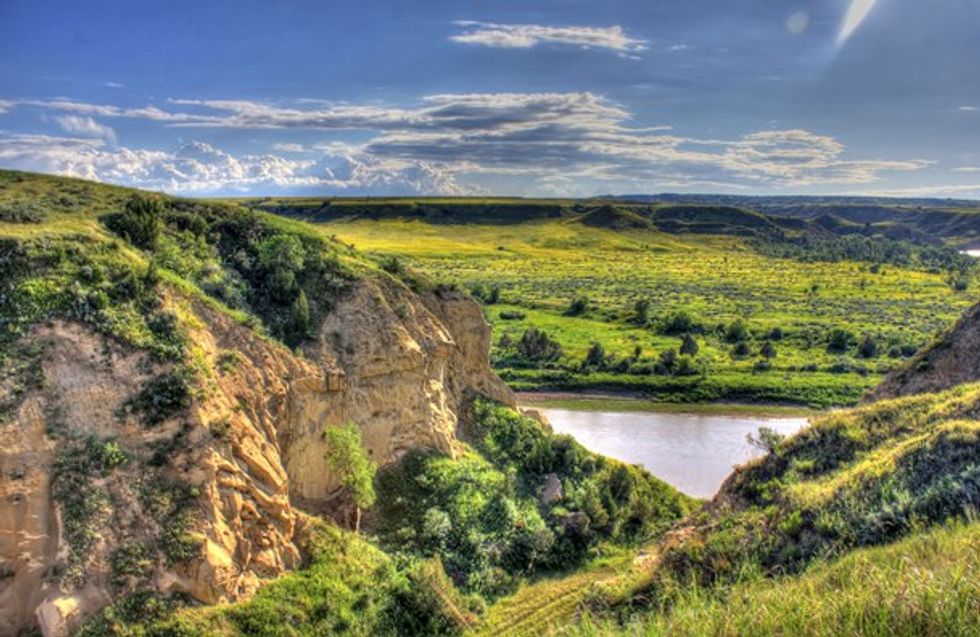 Much attention this year has been focused on marijuana legalization efforts in state legislatures, particularly in the northeast and mid-Atlantic states, but unless Albany and Annapolis and Trenton get their acts together in a hurry, they could be upstaged by a prairie upstart: North Dakota.

North Dakota Secretary of State Al Jaeger announced Monday that a marijuana legalization initiative sponsored by the grassroots group Legalize ND has qualified for the November ballot. The group had handed in more than 17,000 raw signatures last month and needed 13,452 valid voter signatures to qualify. On Monday, Jaeger reported 14,637 signatures were valid.

Nine states and the District of Columbia have legalized marijuana since 2012, but all of those states have been in the West or the Northeast. This year, with marijuana legalization on the ballot in Michigan as well as North Dakota, legal weed could make a heartland breakthrough.

The North Dakota initiative has some unique features. Here's what it would and wouldn't do:

·         It would legalize marijuana—in all its forms—for people 21 and over by removing marijuana, THC, and hashish from the state's controlled substances schedules.

·         It would provide for the expungement of criminal convictions for anyone convicted of a marijuana-related crime that would be legal under the measure.

·         It does not set any limits on how much marijuana people could possess or how many plants they could grow.

It's only been two years since North Dakota voters approved a medical marijuana initiative, and the state Health Department is still in the process of setting up a system for producing and distributing the drug. That same year, marijuana legalization supporters came up short on signatures to get on the ballot, but they persevered, and here we are.

North Dakota is a deep red state—Donald Trump got more than twice as many votes as Hillary Clinton in 2016—but the only poll done so far has the initiative leading. The June poll, commissioned by Legalize ND and conducted by the Florida-based Kitchen Group, had the initiative winning 46 percent to 39 percent, with 15 percent undecided.

That's good but not great news for Legalize ND. Yes, the initiative is leading, but the conventional wisdom among initiative and referendum watchers is that campaigns should be starting off with at least 60 percent support—the assumption being that inevitable organized opposition is going to eat away at support levels in the final weeks of the campaign.

And there will be organized opposition. The North Dakota Sheriffs and Deputies Association passed a resolution in May opposing legalization and, now that the initiative has made the ballot, is meeting this week to plot strategy to defeat it.

"We don't have enough facilities to take care of these people," he said. "That's going to be a huge impact, too. Where do we put all these people that need to be into treatment?"

The national anti-legalization group Smart Approaches to Marijuana will also join the effort to defeat the initiative, the group's leader, Kevin Sabet, told the AP. "Our nation is dealing with a five-alarm fire of addiction right now; the last thing we need is more states to throw gasoline on it by promoting more drug use," he said.

That's the tenor of the opposition arguments so far. The cops and Kevin Sabet can't seem to differentiate between pot and heroin. The question is whether North Dakota voters will still be swayed by such tired, old arguments. We'll find out in November.