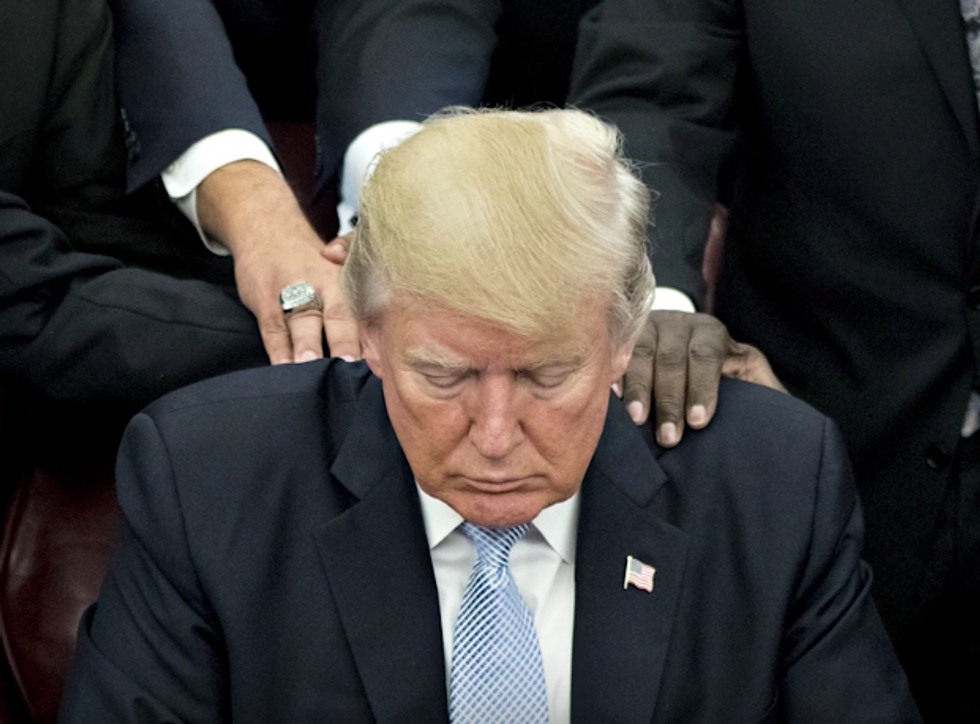 Monday evening President Donald Trump, First Lady Melania Trump,and Vice President Mike Pence will host a huge event honoring the contributions made by Evangelical Christians. One reporter from a far right wing Christian news organization is comparing it to a state dinner. It is being billed as a dinner "celebrating evangelical leadership."

About 100 Evangelical Christians are expected to attend. Among them, a large number of Cabinet members, and other top Trump administration officials. The White House has not released a list of invited guests, nor any agenda.

"President Trump is the most pro-life, pro-religious liberty, and pro-conservative judiciary president in history which is why evangelicals continue to support him enthusiastically," Jeffress, a top member of Trump's Evangelical advisory board, added.

The Texas pastor notably has labeled the Mormon faith a "cult." Catholics he says were led astray by "Satan." He also says Islam is an "evil religion." And he has repeatedly attacked LGBT people, calling homosexuality dirty and linking it to disease, pedophilia, alcoholism, depression, and suicide.