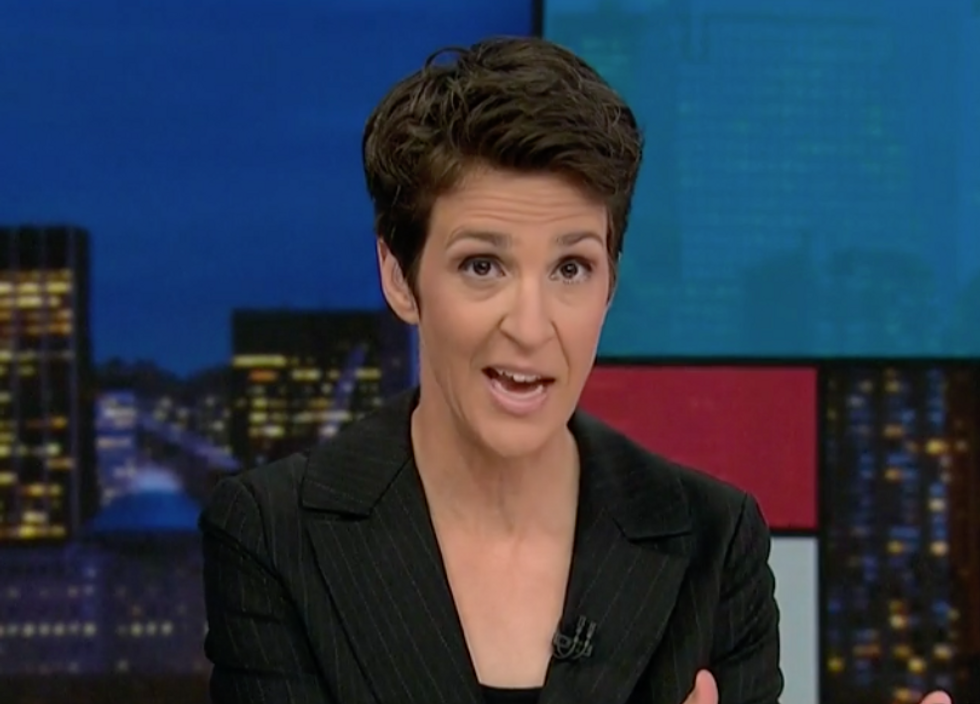 MSNBC's Rachel Maddow was so offended by President Donald Trump's bungling of the response to the death of Sen. John McCain (R-AZ) that she used more incendiary language that she usually does — and even apologized for it.

Trump had initially largely ignored McCain's death, aside from sending a tweet over the weekend that wished his family well. But then on Monday, the White House raised its flag from the half-staff position — even though in such cases it is usually lowered until the body of the person in question has been interred. After an outcry, Trump ordered the flag lowered again and issued a brief statement of respect for McCain's "service," but he refused to say anything else.

"Even people who disagree with him, vehemently, on specific policy matters, or on aspects of his record in politics, even people who dislike a lot of what John McCain did as a public figure, as a politician, have found a very easy path to recognizing his extraordinary, extraordinary service. Except for the White House, which has turned itself into a sideshow of, forgive me, but just self-interested, incompetence, petulant grandstanding, caving, reversals, and ultimately just shame on this," she said.

"I mean, I'm sorry to use such strong language. I try not to do that in general about anything in the news. But I think it's unavoidable here, given the debacle they made her out of what ought to be the world's simplest, basic, governing task when confronted with a sad moment like this.," she continued. "Be decent, and don't make it about yourself. But in this White House: spectacular failure on both of those counts."