Sessions Issues Stunning Rebuke After Trump Wonders 'What Kind of Man' He Let Run the DOJ: I 'Will Not Be Improperly Influenced' 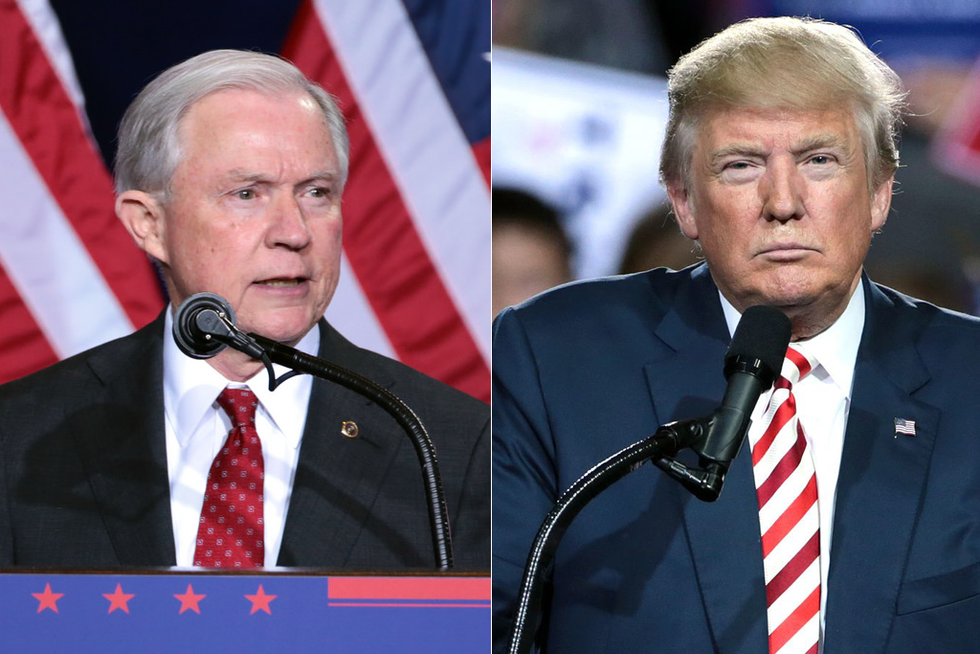 Attorney General Jeff Sessions on Thursday issued a stunning statement after Donald Trump asked “what kind of man” he put in charge of the United States Department of Justice.

"I put in an attorney general that never took control of the Justice Department, Jeff Sessions," Trump told "Fox and Friends" reporter Ainsley Earhardt in an interview aired Thursday. "It's an incredible thing."

"He took the job and then he said, 'I'm going to recuse myself,'" Trump continued. "I said, 'What kind of man is this?' And by the way, he was on the campaign. The only reason I gave him the job, I felt loyalty. He was an original supporter.”

In his statement, Sessions said the Department of Justice won’t be “improperly influenced by political considerations.”

“I took control of the Department of Justice the day I was sworn in,” Sessions wrote, touting his administration’s “success at effectuating [Trump’s] agenda.”

“While I am Attorney General, the actions of the Department of Justice will not be improperly influence by political considerations,” Sessions wrote. "I demand the highest standards, and where they are not met, I take action. However, no nation has a more talented, more dedicated group of law enforcement investigators and prosecutors than the United States.”