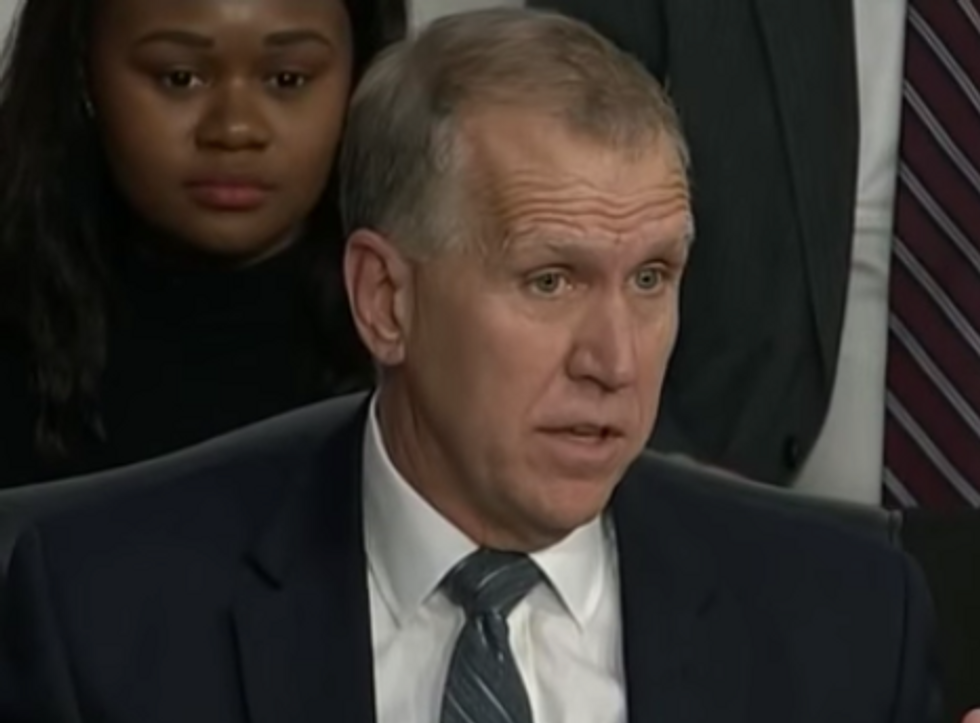 Ten Senate Republicans are trying to fight the obvious. They've introduced legislationthat pretends to reiterate the guarantee—already existing in the law, thanks to the Affordable Care Act—that people with pre-existing conditions can get and keep health insurance. To be clear, this isn't about actually protecting anybody's healthcare. It’s about Republicans panicking over the fact that they've terrified voters with the lawsuit—backed by Trump's Justice Department—that would gut those protections. They're pretending like this bill would fix everything, should that challenge to the ACA prevail.

But while they're calling their bill the "Ensuring Coverage for Patients with Pre-Existing Conditions Act," it comes up way short of that goal. Kaiser Family Foundation's Larry Levitt points out that while the bill says that people with pre-existing conditions have to be able to get coverage, there's a catch: It doesn't require insurers to provide coverage for the pre-existing conditions. So sure, maybe you have a heart condition and won't be shut out of coverage. You just won't have coverage for that condition! Or Levitts' example:

@StevenTDennis Let's say you have diabetes. Under this new bill, an insurer would have to offer you insurance and c… https://t.co/oXAzDJsZy9
— Larry Levitt (@Larry Levitt) 1535129261.0

In other words, it’s great for a diabetic to have insurance, but it's a lot better if that insurance covers insulin and syringes.

Also, the bill would nominally prevent insurers from charging subscribers more for having health conditions, but Levitt finds another loophole: "premiums could vary based on age, gender, occupation, or leisure activities. Small business premiums could vary based on the health of their workers." We're back to the bad old days of women being charged umpteen times more for coverage because we have lady parts.

"Guaranteed issue" insurance, which is what Republicans say they have in this bill, doesn't mean a lot if insurers are able to pick and choose what they cover. This bill does nothing to replace Obamacare in the event that a Republican court succeeds where the Republican-controlled Congress failed in making the law go away.