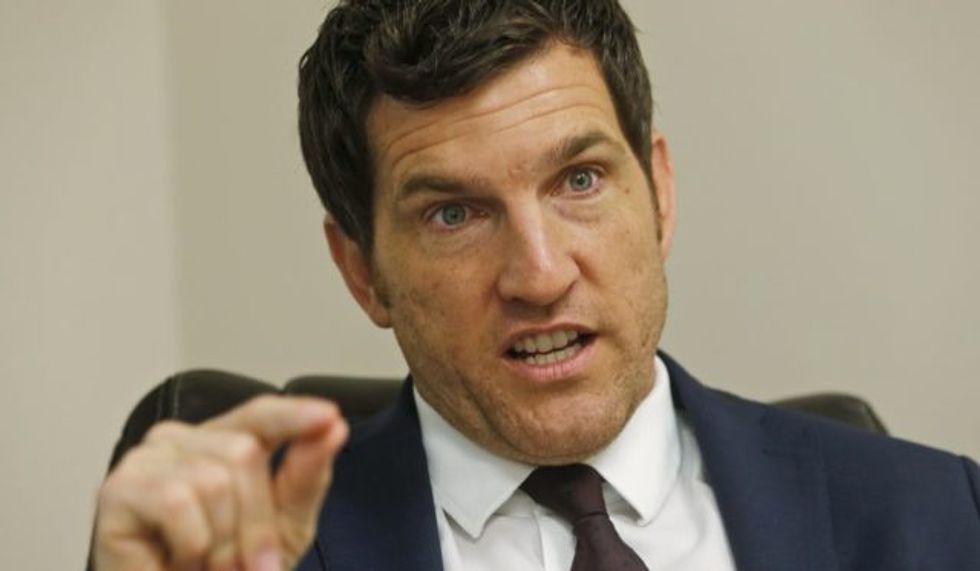 Earlier this month, reports suggested staffers working for the campaign of Rep. Scott Taylor (R-VA) were involved in an illegal scheme to forge ballot petition signatures, and Taylor promised the public that he would hold anyone and everyone involved responsible.

"You have my word that if anyone in my campaign did anything that was wrong, that was illegal, that was inappropriate or something like that, I would fire them in a second," Taylor said in a Facebook Live broadcast, adding that he would not spare even his "closest advisers, who I wouldn’t want to fire, but I would."

It turns out that he did not keep that promise. According to Roll Call, Taylor did let go his campaign consultant, but at least one of the five staffers allegedly involved in the scheme, Lauren Creekmore, is still working for the campaign. On Wednesday, Creekmore posted that she is "so proud to work for" Taylor to Facebook, and hosted a "Volunteer Night" for the campaign at the offices of the Republican Party of Virginia Beach.

The alleged scheme involved the forgery of signatures to get gadfly candidate Shaun Brown onto the ballot for Virginia's 2nd Congressional District as an independent — thus splitting the vote for the Democratic nominee, former Naval commander Elaine Luria, and ensuring Taylor's re-election. Creekmore herself is accused of having forged at least 10 signatures.

Brown, the Democratic nominee for the district against Taylor in 2016, is currently under federal indictment on two counts of wire fraud and one of theft of government property. Prosecutors say she lied to the U.S. Department of Agriculture about how many meals her nonprofit was providing to needy children, allowing her to overbill a federal program. A mistrial was declared in the case, but it will be retried later this year.

Democrats have filed a lawsuit to block Brown from the ballot, contending not only that many of her signatures were forged as part of the scheme by staffers in Taylor's office, but that her campaign filing lists a fake address.

Virginia's 2nd District, which encompasses Norfolk and Virginia Beach, is considered one of the most competitive House races in the country.