Sarah Sanders Stared Trump Down as He Insulted McCain Yet Again in New Interview: Report 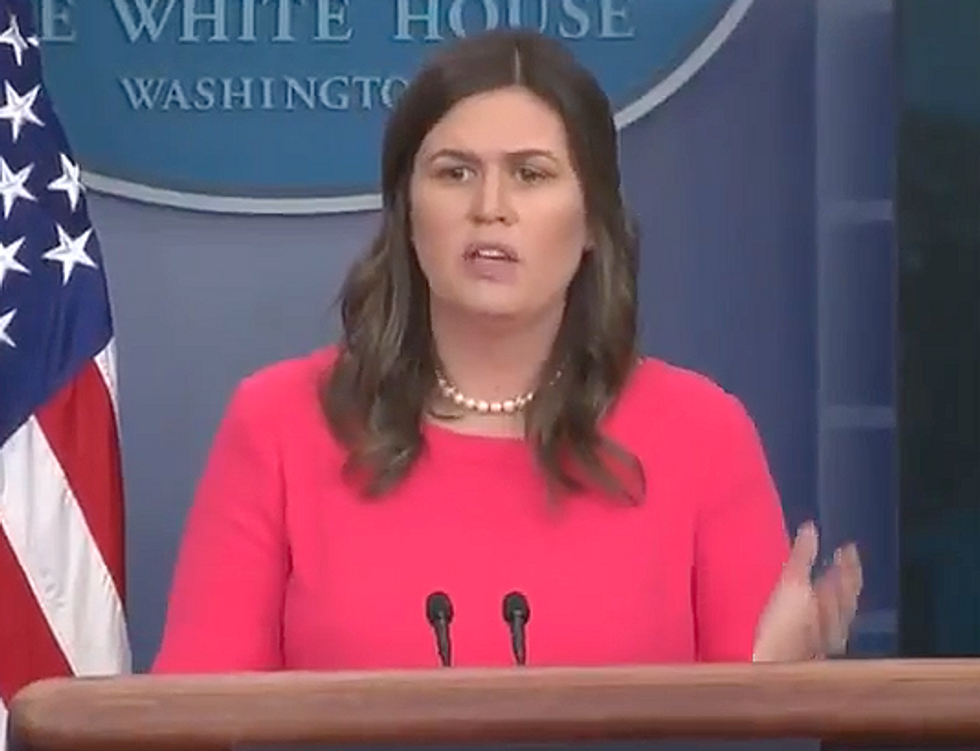 President Donald Trump has handled every aspect of the passing of Sen. John McCain (R-AZ) terribly.

From canning a proposed laudatory statement by his aides to raising the White House flag to full-staff inappropriately early, his every action speaks to the years of bad blood he engendered between himself and McCain and his refusal to see past it.

On Thursday, Trump doubled down on his behavior, insisting that he had done nothing wrong. And according to Bloomberg, when the topic turned to McCain's failed 2008 presidential run against Barack Obama, he proceeded to throw more shade in such a stunning spectacle that even the White House press secretary stared at him in astonishment:

Asked if McCain would have been a better president, Trump declined to say, even as his press secretary, Sarah Huckabee Sanders, stared at him.

"I don't want to comment on it," he said. "I have a very strong opinion, all right."

Sanders, he joked, was "having a nervous breakdown" over his response. “Maybe I'll give you that answer some day later."

Trump evidently feels so much spite that he will not even give a straight answer on whether he believes McCain, a member of his own party, would have made a better president than Obama, a man who Trump famously embarked on a racist crusade to disprove the U.S. citizenship of.

It is little wonder that Sanders apparently could not contain her shock.