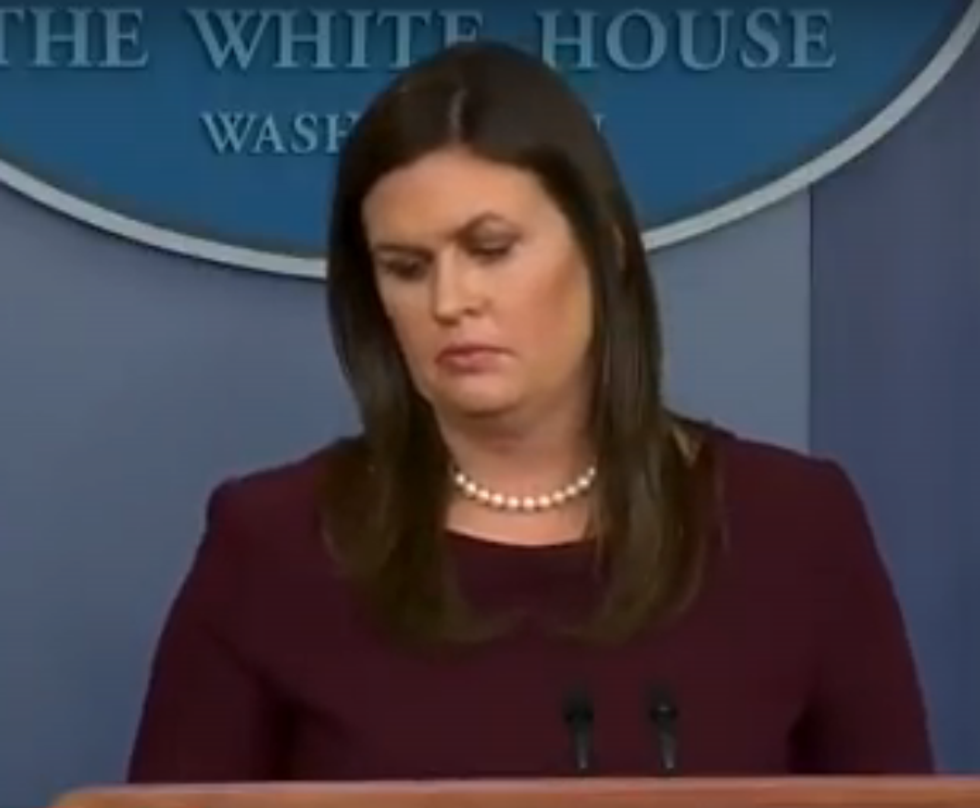 Faced with the impossible task of defending President Donald Trump from the latest firestorm over his racist comments, Sarah Sanders decided to argue instead that people were missing the big picture. According to her, Trump's policies have been better for African-Americans than they were under the first African-American president.

Only one problem: this is a lie.

According to Bloomberg's analysis of data from the U.S. Bureau of Labor Statistics, "While the U.S. economy has added about 700,000 jobs held by black workers since Trump took office, it added about 3 million while Obama was in office."

Indeed, this claim was so false that Sanders was forced to issue a correction:

Not only has Trump done little to effect positive job growth for African-American workers personally, but many of his policies are hurting the economy as a whole, from job-killing tariffs to a tax scam for billionaires that is causing stock buybacks to explode while wages stagnate. In many cases, his policies actively stand to threaten black workers' long-term access to high-wage jobs, including harsh actions against labor unions and attempts to deregulate race in college admissions.