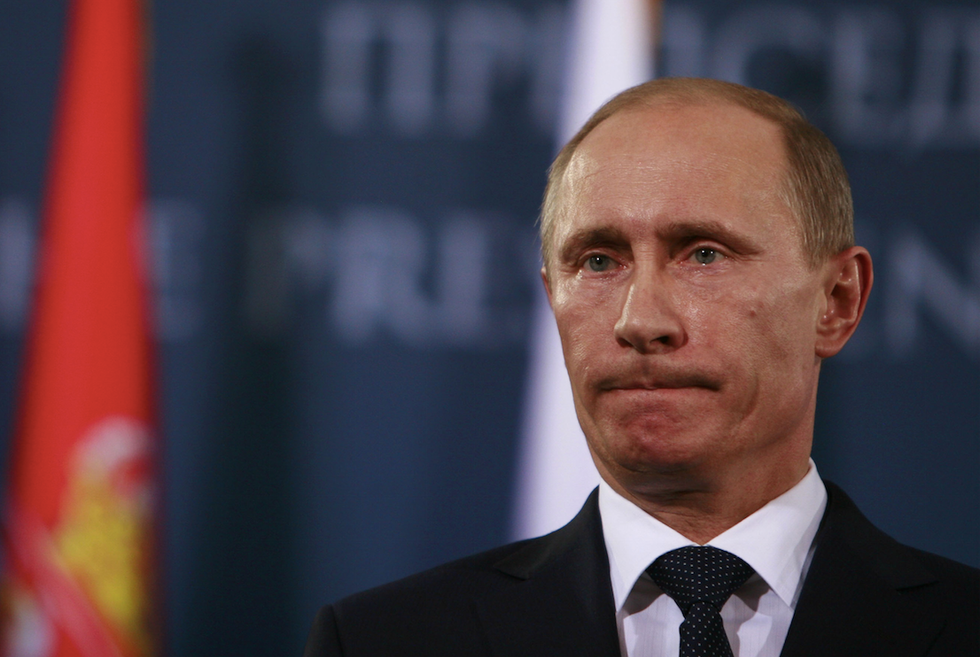 President Donald Trump is facing a scandal of epic proportions, with his campaign manager convicted of federal crimes and his former lawyer pleading guilty to charges that implicated him.

But some of Trump's supporters are desperate to swamp the story with a grossly politicized discussion of Mollie Tibbetts, the murdered 20-year-old University of Iowa student whose suspected killer is allegedly in the United States illegally. And they appear to be getting some help from an all-too-familiar source: Russian Twitter troll accounts.

As of Wednesday morning, according to Hamilton68, "Tibbetts," "Mollie Tibbetts," and "Mollie" were the most rapidly-growing terms being tweeted by the troll accounts:

Hamilton68, a project of the Alliance for Securing Democracy and former FBI Special Agent Clint Watts, is an online dashboard that tracks propaganda being promoted by a representative sample of 600 Twitter accounts that are either known to be Russian trolls, frequent promoters of content from Russian trolls, or consistently express pro-Russia views.

Right-wingers have attempted to make pro-Trump hay out of the immigration status of the suspect, who claims to be here legally and was working on a farm owned by a state GOP official after having passed E-Verify, but allegedly used a fake ID. The attempts to do so, whether to garner support for Trump's extremist anti-immigrant agenda or to bury the news of Trump's legal problems, have been deeply hurtful and agitating to Tibbetts' family.

On Tuesday, after Turning Point USA's Candace Owens tried to use Tibbetts' death to attack "leftists" on Twitter, her cousin chimed in, telling her to "take her name out of your mouth."