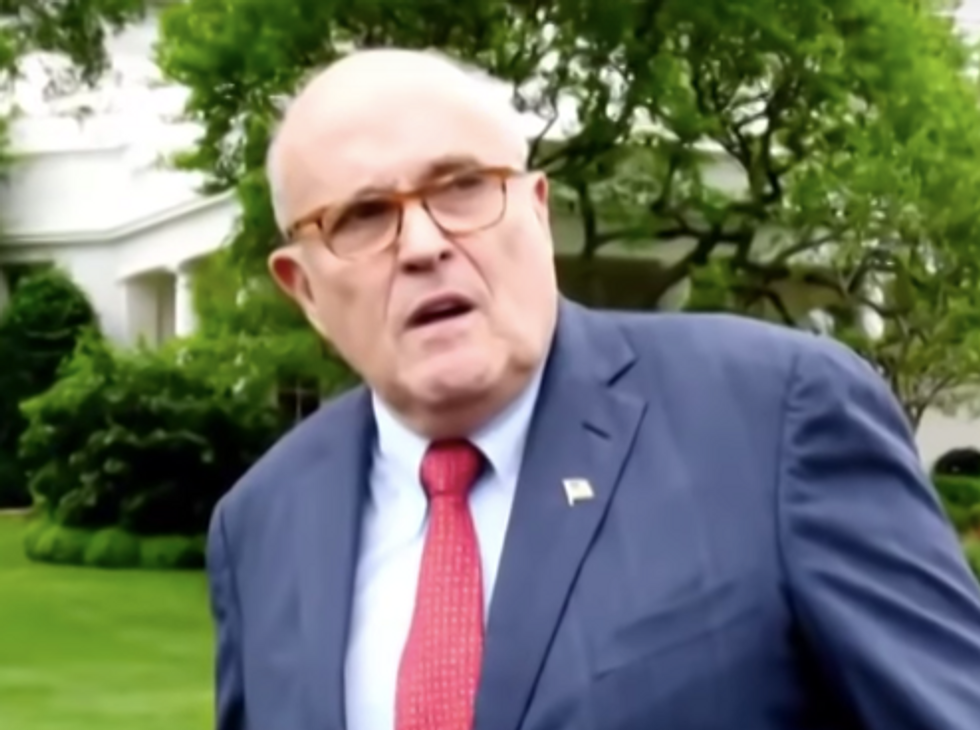 President Donald Trump’s legal team is advancing efforts to attack the “legitimacy” of Robert Mueller and the investigation into the 2016 election hack.

According to The Daily Beast, the “counter-report” will work to research “possible conflicts” of interest for every person associated with the investigation. Thus far, the White House and Trump’s lawyers have taken out nearly every person at the FBI that spoke to former FBI Director James Comey after his meetings with Trump. Their efforts to take down Mueller’s team will likely be similar.

Giuliani said the report will be divided into two sections, starting with alleged conflicts and then responding to the findings of the allegations of obstructions of justice. The Trump attorney, however, acknowledged that he doesn’t have any idea what Mueller’s report will reveal.

“Since we have to guess what it is, [our report so far] is quite voluminous,” Giuliani said. He noted he intended to spend the long weekend “paring it down” a report created by the “whole team.”

“The first half of it is 58 pages, and second half isn’t done yet…It needs an executive summary if it goes over 100,” he said. He said that most of what is being gathered is already public information.

The legal team hasn’t done any of their own interviews or counter-investigations of the actual Mueller probe.

“I don’t think there’s anything in it that isn’t publicly available in some form or another,” he went on. “There is no [secret] grand jury material here…It’ll be our report, put out on…personal stationary, and it would be in response to their report…We may have to use it in court, or [send to] Congress.”

The Beast spoke to Glenn Kirschner, a former federal prosecutor, who said it wasn’t normal for such a rebuttal report to be created to go after subjects of the investigation.

“This sounds to me like pure PR nonsense,” Kirschner assessed. “They are making an announcement that they will issue a rebuttal to a report that we don’t know when it is coming out or what it will contain.”

He anticipated the Trump legal team probably wouldn’t find any evidence of obstruction or collusion in their own report.

Read the full report from The Daily Beast here.