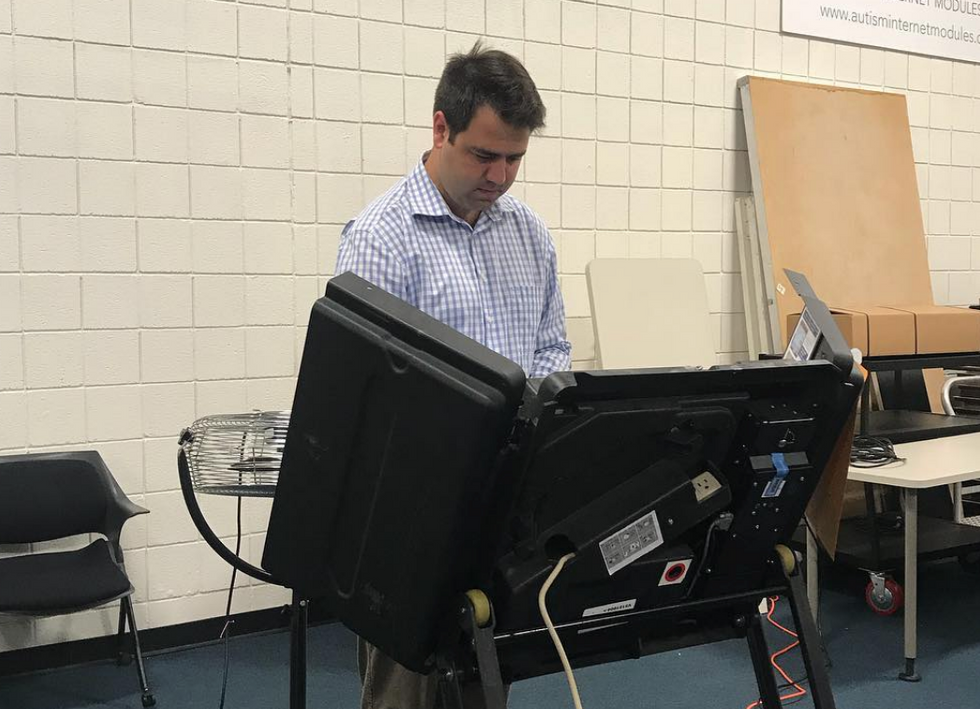 Ohio’s special election to fill the seat of retiring Republican Congressman Pat Tiberi was too close to call by the morning after the election. Republican Troy Balderson’s lead was less than 1 percent ahead of his opponent, Democrat Danny O'Connor. Provisional and absentee ballots are being counted.

The results in the election, like previous special elections this cycle in the Georgia 6th Congressional District and Pennsylvania’s 18th, signal that Democrats are energized and fielding quality candidates even in places that have not been competitive for them in recent election cycles.

The story of this special election has become familiar across the country: Democrats are angry, motivated and active even in districts that have traditionally been safely Republican. Meanwhile, Republicans continue to enjoy advantages in congressional elections.

These advantages are mainly due to gerrymandering, which has been easier for Republicans because their voters are spread out across suburban and rural areas in a way that lets Republicans control more space. Those advantages have given Balderson a slight lead, but Republicans across the country may be concerned after this election.

This was supposed to be easy

In the 2010 elections, Republicans won the Ohio governor’s race and control of the state legislature. They used that power to redraw congressional districts in their favor, rendering districts like the OH-12 largely uncompetitive. President Donald Trump carried the district by 11 points in 2016.

That environment meant that Democrats faced significant barriers even with Tiberi’s retirement. And Republicans seemed to do all the right things to ensure they kept the seat. Balderson is a fine candidate. He has a resume as a reliable Republican state legislator and has played by the rules. He holds mainstream Republican positions and avoids extremist rhetoric.

He is not a Rick Saccone, the firebrand who lost to Conor Lamb in a Pennsylvania special election earlier this year. Nor is he a Roy Moore, the controversial Senate candidate who lost the special Alabama election after allegations of sexual assault and statutory rape came out.

The Republican Party, at both state and national levels, got heavily engaged in this special election. They spent a lot of money on the race, particularly in the last weeks of the campaign. Millions of dollars were spent on television ads, saturating the airwaves at a level usually reserved for presidential elections in the days leading up to the election.

President Donald Trump and Vice President Mike Pence both held rallies in support of Balderson, and he received endorsements from Ohio Sen. Rob Portman and Gov. John Kasich. The Ohio Republican Party was as active and united as they could be.

The party not in control of the White House tends to do better in midterm elections, so it should come as no surprise that Democrats in Ohio were energized. One common explanation for this is that the difficulty of turning campaign promises into real results drives down enthusiasm among voters who become disappointed by their party’s struggles.

At the same time, enthusiasm rises among voters who see the governing party’s failures as confirmation of their own beliefs. This dynamic is, of course, exacerbated by President Trump’s historic unpopularity.

There are dozens of other House seats currently held by Republicans that will be at least as vulnerable as Ohio’s 12th Congressional District in November. Many things went right for Republicans in this special election: a strong candidate, lots of advertising, and strong party unity among key actors. They probably put forth their best possible effort – yet it is still too close to call.

Will Republicans be able to devote resources to all of those other races? If not, or if those resources aren’t enough, then Democrats could make strong gains this year.