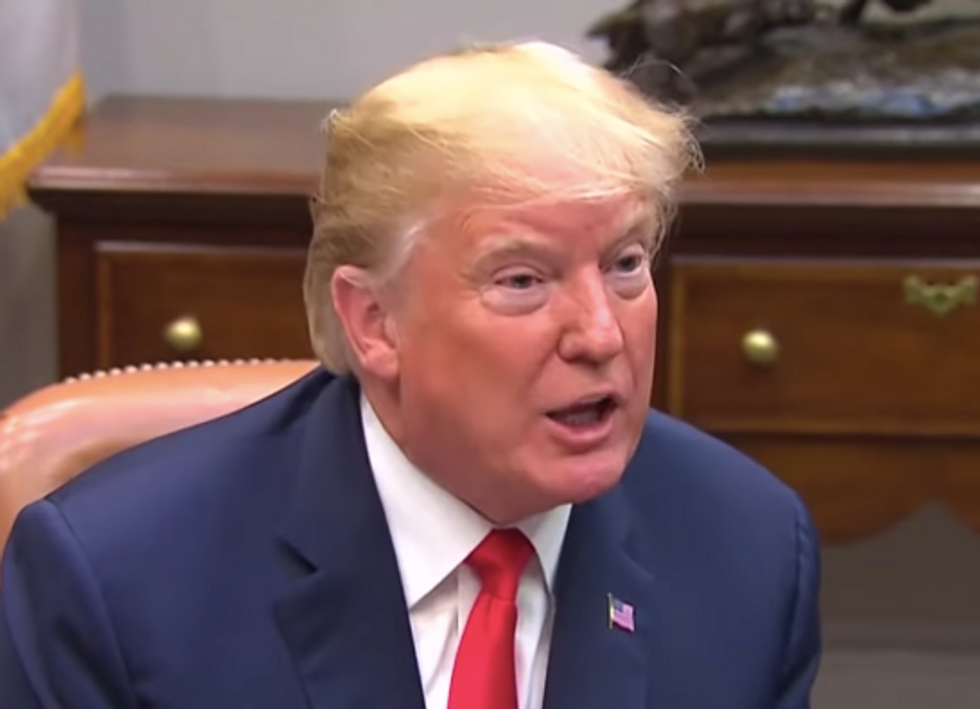 There are a lot of reasons to investigate Google. Its near-monopoly over digital advertising alone is reason enough to crack open the books. Recent changes to the way it manages YouTube payments chopped away potential revenue from thousands, only to slide even more money into the company’s giant maw.

But all of that hasn’t ruffled a feather on the right—until now. Reuters reports that Senate Finance Committee Chairman Orrin Hatch has asked the Federal Trade Commissions to look into the “competitive effects of Google’s conduct in search and digital advertising.” Hatch’s move is clearly designed to appease Trump, who on Monday made a ludicrous charge that the search engine was ”suppressing voices of Conservatives and hiding information” by returning search results that featured more regular news outlets than alt-Reich blogs.

Not only did none of Google’s monopoly powers previously warrant attention from Hatch or other Republicans, but the last time Trump tweeted about Google, it was to complain that the European Union was fining the company in an antitrust action. But now that Trump has conceived an imaginary plot to make bad news stories appear next to his name, Hatch is all over this thing.

Stay tuned for Hatch to launch fresh investigations into how vaccines cause autism and how world governments are covering up the raging Ebola pandemic.