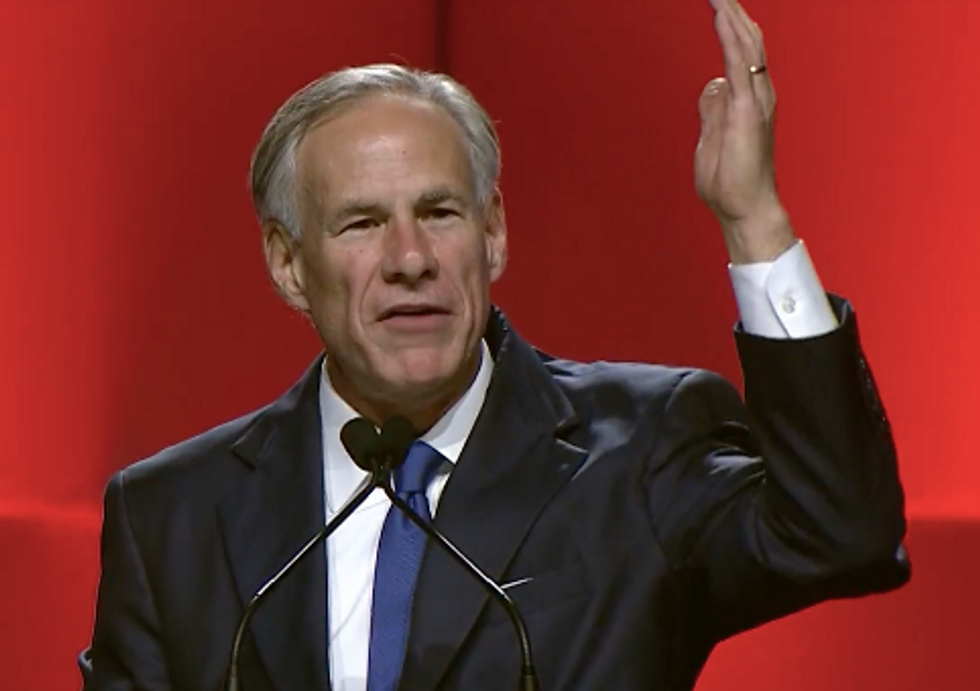 Texas Gov. Greg Abbott (R) tweeted a Winston Churchill meme on Tuesday morning with the caption, "Some insights are timeless."

Churchill never said, "The fascists of the future will call themselves anti-fascists," and it's unclear to whom the quote is correctly attributed.

Some attribute the quote to assassinated Louisiana Gov. Huey Long, but there's no clear evidence he said it either.

As for Abbott, the right-wing governor has a history of tweeting misinformation.

He previously tweeted a false story that Jerry Jones would fire players who didn't stand for the national anthem and a fake poll that singer Kid Rock was leading Debbie Stabenow for Senate in Michigan.

Abbott didn't delete either of those inaccurate tweets.