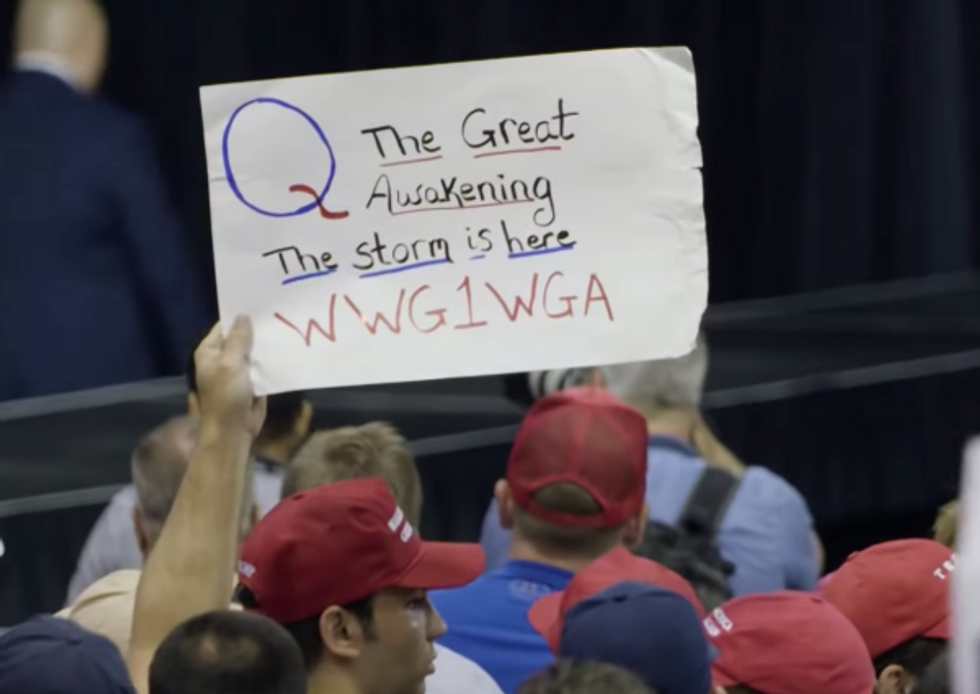 Believers in the pro-Trump “QAnon” conspiracy theory have increasingly found themselves feeling isolated from their friends and families — and they’re blaming the media for making them seem insane.

“I’m serious, the MSM is responsible for this sh*t,” wrote one QAnon believer while describing how his own mother recently accused him of being a conspiracy nut. “How many families have been fighting for the past two-years? Breakups. divorces, fired, estranged families and ex-friends. God damn the MSM, I can’t wait anymore. Let’s just sue them now.”

In response to the original post, other QAnon believers chimed in with their own tales of family members turning on them.

“I’m sleeping on the couch again tonight because I had a flair up,” wrote a QAnon believer who calls himself “Covpepe1776.” “I hope this turns out to all be truer than true. My wife wants to divorce me soon possibly because she thinks I’m in a cult group for reading this stuff. It sucks. I’m do sick over it.”

“My daughter and brother will not speak to me,” wrote another believer. “Since my mom and dad are dead, I have none of my original family.”

For the uninitiated, QAnon is a conspiracy theory that posits that all presidents elected before Trump were part of a secret global ring of pedophiles that the president is now currently working behind the scenes to expose. The theory also claims that special counsel Robert Mueller is not actually investigating Trump, but is rather doing the president’s work of investigating the purported pedophile ring.

Read the entire thread at this link.