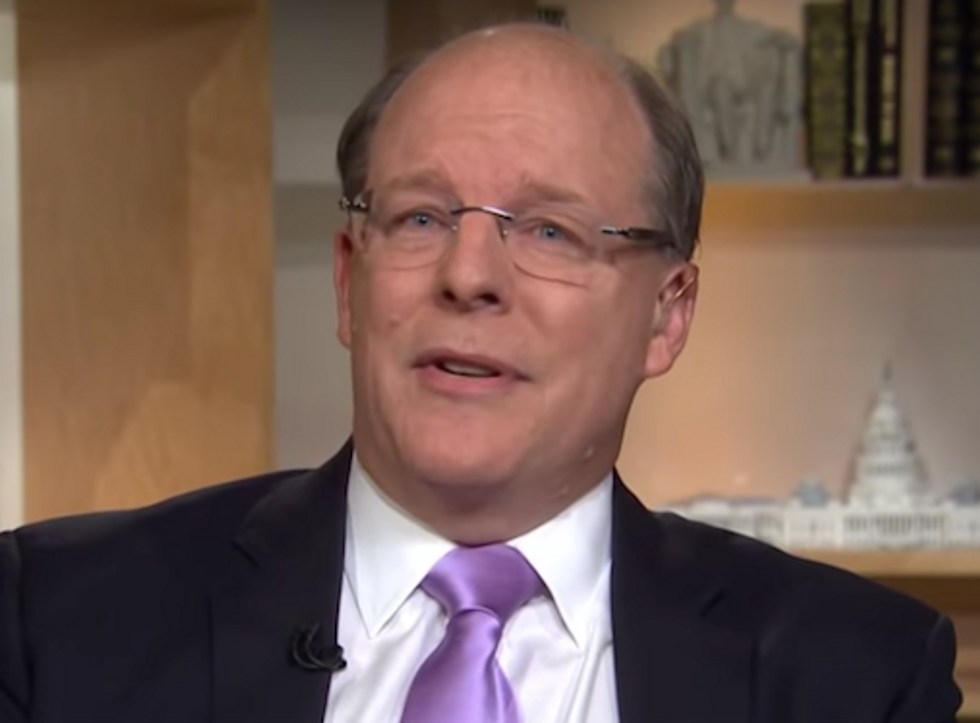 Peter Wehner, who served in three Republican presidential administrations, appeared on CNN Monday and delivered a scorching critique of President Donald Trump and his administration.

He explained that "the stronger the Mueller case is, the more the slanders increase and the more the attacks and efforts to delegitimatize the investigation increase."

When asked about the claim among some conservatives claim Mueller is a bigger threat to the U.S. than Vladimir Putin, Wehner derided Trump's enablers.

"Yeah, this is insane," he said. "And it just shows you that with these people, there's no bottom when it comes to defending Donald Trump."

"If Robert Mueller didn't have anything they would ignore him," he continued. "But they know that he's got something."

"I don't think they're gonna get away with it," Wehner concludes.