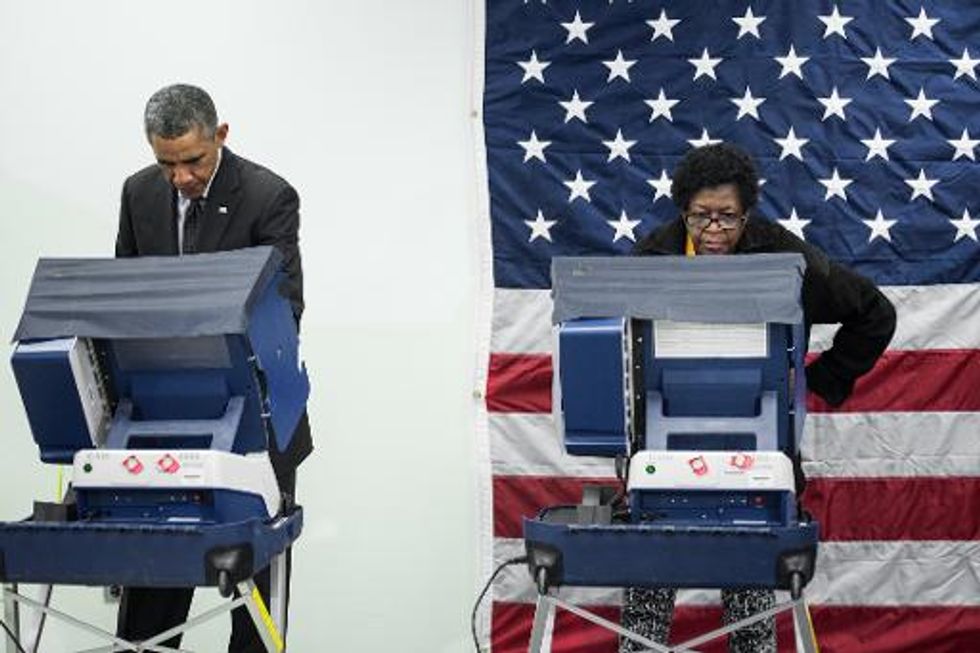 Officials in Randolph County, Georgia have scrapped a plan to close 7 of the county's 9 polling places, amid local anger, a massive petition drive, nationwide scrutiny, and threats from the Georgia ACLU to file suit. The local election board meeting to vote down the proposal lasted less than 60 seconds.

As an added bonus, county elections consultant Mike Malone, who first proposed the closures, has been fired.

Randolph County is 61 percent African-American, and one of the polling sites proposed for closure served an area that was 97 percent black. Furthermore, nearly a quarter of residents do not own a car. Had the closures been approved, thousands of minority voters might have had to walk for up to 3 hours to get to their polling place.

Election overseers had claimed the closures were because the polling places were not compliant with the Americans with Disabilities Act. But a public records request revealed that the county did not have a single piece of data to back up its claim that the affected sites were causing any problems for disabled people.

Black voters and civil rights groups have a darker theory for the reason behind the proposal: that it was an underhanded ploy to undermine Democratic gubernatorial candidate Stacey Abrams, who is running in a competitive, high-profile race to be the first African-American woman governor in history.

Abrams' Republican opponent is Brian Kemp, who also happens to be the chief elections official in Georgia — and according to the Washington Post, Kemp was the one who included Malone on a list of recommended consultants for local election boards. Malone has also financially supported Kemp's campaign, and said at a meeting discussing the proposal that Kemp had urged him to find ways to consolidate polling places, although he later retracted this statement.

Kemp, for his part, denies any involvement in the proposed polling closures or in recommending Malone as a consultant for Randolph County, and claims that he opposed the closures from the start. But this was not an isolated or unique incident — Republicans have been aggressively curtailing hundreds of polling places for years, spurred along by the Supreme Court's 2013 decision to throw out a key portion of the Voting Rights Act.

The defeat of the Randolph County closures plan is an important victory for voting rights, and a key case of how activist pressure is able to undo some of the GOP's ugliest schemes to suppress black voters. It follows last month's voting rights victories in Indiana, where a lawsuit by Common Cause and the NAACP resulted in a consent decree  ordering Republicans to allow multiple early voting sites in heavily urban Marion County for the first time in ten years; and in Florida, where a federal judge struck down a law prohibiting early voting sites on college campuses.