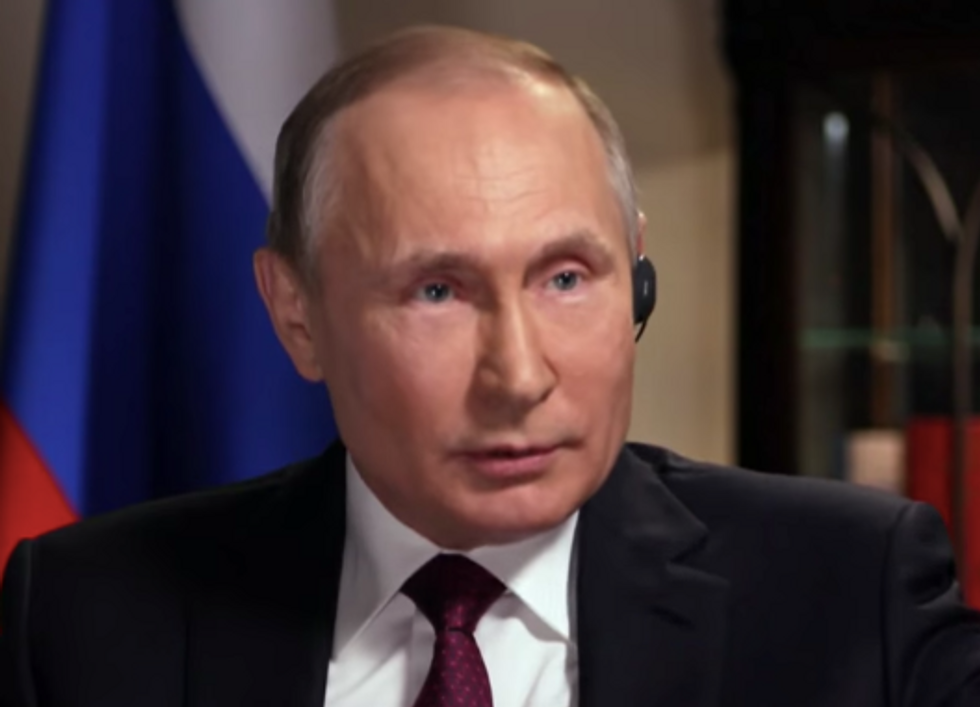 Lost in all the controversy over President Vladimir Putin asking Donald Trump to turn over former U.S. Ambassador Michael McFaul to Kremlin investigators for questioning — in return for access to Russian officials indicted by the Justice Department for meddling in the 2016 election — was the fact that Putin had a whole list of Americans he wanted to be turned over.

According to Michael Weiss, writing for the Daily Beast, far down Putin’s shopping list are three Department of Homeland Security agents whom he has accused of running off with over $400 million in Russian money – when in fact they were investigating associates of Putin laundering that money.

The agents — identified as Todd Hyman, Aleksandr Schwartzman, and Svetlana Angert — were included by Putin, who reportedly explained to Trump that some of that stolen money was funneled to the 2016 presidential campaign of former Secretary of State Hillary Clinton.

“It might have been legal, the contribution itself, but the way the money was earned was illegal,” Putin offered at the Helsinki meeting.

As Weiss writes, “Hyman, Schwartzman, and Angert were not laundering money, as Putin and his prosecutor would suggest; they were investigating money launderers.”

According to a deep dive into their careers, the three agents were principals in a civil asset forfeiture case brought against Prevezon Holdings, a Cyprus-registered company suspected of laundering Russian public funds — some of which was invested in Manhattan properties which raised red flags with federal investigators.

According to Weiss, “In 2013, $24 million of Prevezon’s U.S.-based assets were frozen in a civil asset forfeiture complaint brought by the U.S. District Court of the Southern District of New York. The case was settled out of court in May 2017, with the company agreeing to pay $5.9 million in damages in exchange for not having to admit to any wrongdoing.”

Where this circles back around to Trump — and possibly why he initially called Putin’s request an“incredible offer” — is a principal in Prevezon: Natalia Veselnitskaya, who later met with Donald Trump Jr. and other Trump campaign officials in a 2016 Trump Tower gathering that is currently being investigated by the FBI.

“So, fast-forwarding to the summer of 2018 and that press conference in Helsinki, it appears Putin was recapitulating in front of the whole world ‍the rough contours of risible guilt-by-association conspiracy theory first mooted hush-hush by Veselnitskaya to Trump’s son, son-in-law, and his now-indicted campaign chairman who currently is on trial,” Weiss writes.

“That Putin for a moment thought this shambolic quid pro quo proposal would be entertained by the American establishment tells you quite a lot about the contempt in which he holds that establishment under its current leadership,” Weiss continued.”Putin clearly feels as if he doesn’t have to try very hard anymore to abase and undermine our country, perhaps because he is himself impressed at how easy that is to do.”

You can read the whole in-depth report here.