'This Is on the President!': CNN Host Destroys Ex-Trump Aide's Attempt to Blame the Media for the Russia Probe 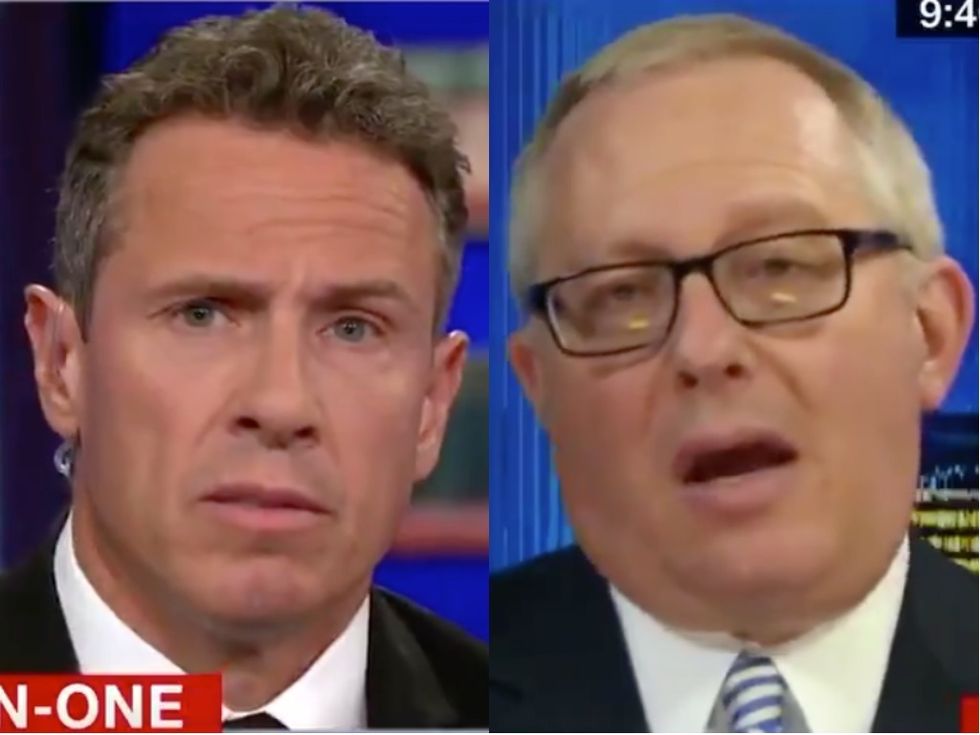 As special counsel Robert Mueller's investigation looms over the Trump administration, the president tried a new line of defense Thursday morning by casting doubt on the interview in which he admitted to firing FBI Director James Comey because he believed the Russia story was phony — a key piece of evidence, many argue, for obstruction of justice.

In a tweet, Trump went after NBC News and the host that conducted that interview: "When Lester Holt got caught fudging my tape on Russia, they were hurt badly!"

Of course, no evidence has emerged that the interview was "fudged" or manipulated in any way, and President Trump's answer was straightforward. Nevertheless, former Trump campaign aide Michael Caputo appeared on CNN Thursday night and tried to argue that there was something dubious about the interview.

"I rewatched that interview in preparation for our sit-down tonight, and I think I know what the president's talking about here," Caputo said. "If you watch the totality of the interview, it was very different from the soundbite that was marketed after the interview took place."

Caputo said he thinks that the quote of Trump saying he fired Comey because of Russia was taken "out of context," because Trump also suggested that he'd be okay with the investigation continuing on. He argued that the interview itself was used as part of the justification for the appointment of Mueller, which he said has hurt him personally.

Regardless — none of Caputo's claims, even those about how the clip was supposedly "marketed," came close to justifying Trump's claim that the video was "fudged."

"It's not out of context," host Chris Cuomo told Caputo. "It is in context. ... He never said after that interview, and he talked about it a lot, did he say, 'Hey, by the way, where it says I fired him because of Russia, I didn't say that. That's taken out of context.' Why not?"